Bones fans may not have to look at Brennan’s blonde on-the-lam tresses for too long, based on these episodic photos from the Season 8 premiere (airing Sept. 17, on Fox).

Because at the tail end of this rather chronological series of scene shots from the first new hour, you will see Brennan back at work, in her usual utilitarian attire, at the Jeffersonian. (And while she remains a blonde here, I am told that she’s back to her regular color before you know it.)

Also, piggybacking on this batch of new episodics are the cast photos — groups and singles — Fox has released for the coming season of Bones. (And look at how carefully I structured that previous sentence.) 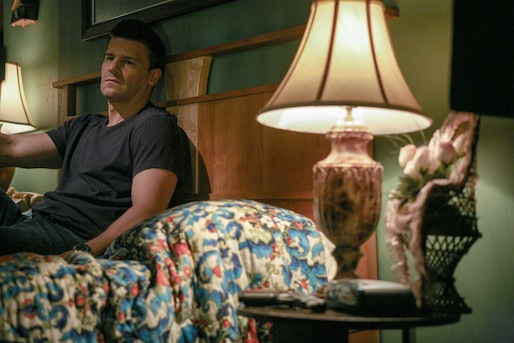