While Peter may not be happy with their scheme — or perhaps they’re helping him with a case? — Neal is pleasantly nostalgic when he sees his old friend.

“There’s a great line where Alex says, ‘Could we have ever just been two people who like each other?'” star Matt Bomer previously told TVLine. “And then they start talking about a mistrust that happened and the whole trust game that is the pervasive theme all throughout White Collar. She says, ‘This is Neal and Alex. A romanticized, idyllic version – this whole, Are you going to turn on me? Are you going to stay? Are you going to go? That’s Neal and Alex.’ That is their relationship.”

Check out the gallery below and then hit the comments with your thoughts. There is something Green Arrow-ish about Bomer in the background of the second photo, yes? 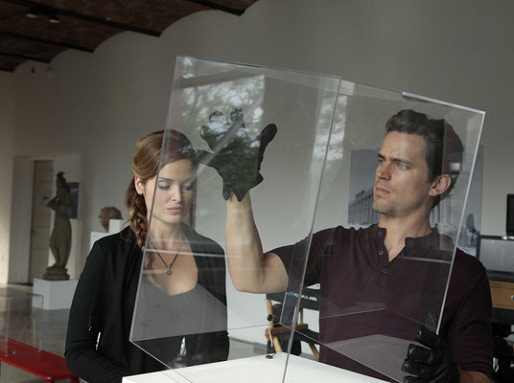