Leslie Knope and Ben Wyatt are hightailing it to Washington D.C. in Parks and Recreation‘s fifth season (bowing Thursday, Sept. 20), and we’ve got your first look at their fun-filled trip to the East Coast.

The NBC comedy’s Season 5 opener — and beyond — finds the Pawnee lovebirds in the nation’s capital for political strategist Ben’s new job on a national campaign. And while they’re there — with Andy and April in tow! — they’ll mix it up with a slew of U.S. Senators like Barbara Boxer (California), John McCain (Arizona) and Olympia Snowe (Maine).

Click through the hot shots below for a peek at the quartet’s time in D.C., and then hit the comments with your thoughts on the upcoming Parks and Rec field trip. 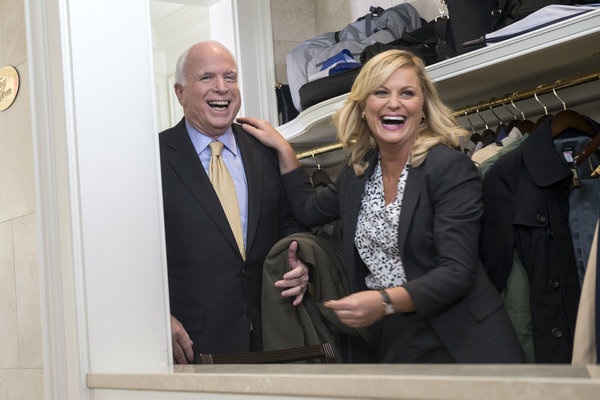