When Syfy’s Warehouse 13 welcomes back erstwhile Bionic Woman Lindsay Wagner for her fourth appearance as Dr. Vanessa Calder, things will get pretty damn wild during her date with Artie — though not in a romantic way.

In the Aug. 27 episode of the series (which airs Mondays at 9/8c), showrunner Jack Kenny tells TVLine, “The warm and charming Lindsay Wagner returns once again to Artie’s life and heart, only to have Alice — who has escaped from Lewis Carroll’s mirror — turn their magical night on the town into a terror-filled chase that forever alters their relationship.” UPDATE: View photos below!

Speaking of exciting encores, TVLine can also confirm that Jaime Murray is due back for her 12th visit as H.G. Wells — who was found dead in the Season 4 premiere yet brought back to life by a  time rewind — in this season’s seventh episode, which is tentatively set to air Sept. 3. (And just like that, Inside Line reader Michelle gets an answer to her question!)

Murray earlier this year booked a full-time Syfy gig, as a cast member on the new series Defiance, premiering in April 2013.

Check out photo’s from the Aug. 27 Warehouse 13, “Fractures,” with Lindsay Wagner.

If you like TVLine, you'll LOVE our email news alerts! Click here to subscribe.
Warehouse 13: Photos of Lindsay Wagner's Wild Date With Artie, Scoop on H.G. Wells' Next Visit 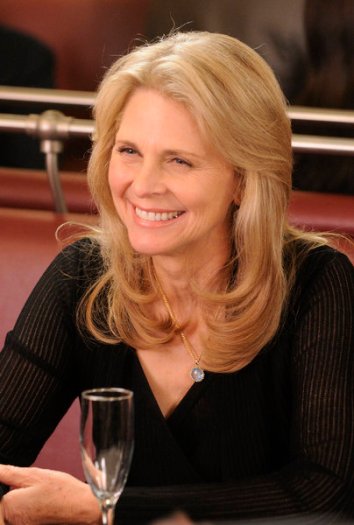