Aloha! The Season 3 premiere of Hawaii Five-0 is still more than six weeks away, yet the CBS drama is among the first returning network shows to release photos from new episodes.

We then skip ahead to Episode 2, airing Oct. 1, and that batch of episodic photos reveal that [spoiler alert!] Kono somehow extricated herself from the prospect of a season-ending watery death. That said, someone in the team’s orbit did die, and in the wake of that loss they take to the calm of the ocean, then kick back indoors (though not before showing a bit of skin from both genders). 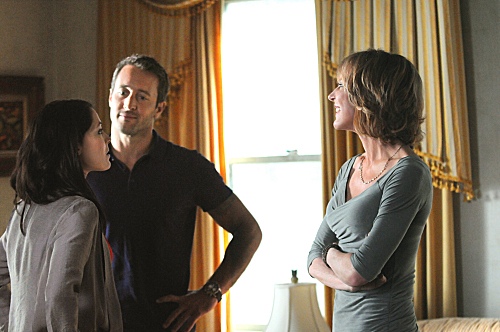