Bachelor Pad, ABC’s feel-bad hit of the summer, slithered back onto the network lineup for its third-season premiere last night, leaving behind it a trail of tears, grain alcohol, industrial-strength false-eyelash glue, and Axe body spray.

Everything was as horrible as you’d remembered/anticipated, with 15 former Bachelor/Bachelorette “players” joined by five* fans in a competition for screen time/communicable diseases/a cash prize/and a chance at finding “love,” an emotion that was placed on the Endangered Species list mere seconds after host Chris Harrison dragged it violently screaming into the Bachelor Pad mansion. (*Technically six, but identical twins Brittany and Erica are competing as one entity. And while four breasts are better than two in this particular setting, I’m not sure they’ve got enough brain cells between ’em to turn this into a competitive advantage.)

Anyhow, I’m not going to spend more than two sentences on plot, so here goes: “Fans” Dave and Brittaca won the “hanging from a giant heart” challenge to score immunity, and targeted Erica Rose and Nick for elimination, since that duo placed last and thus had one vote apiece automatically cast against them. When Dave foolishly revealed his plan to Erica Rose, she successfully rallied the “veterans” to snuff out a pair of “fans” without immunity, Paige and “Swat.”

Everything else that’s pertient has been captured using the timeless art of the screen grab. So click through the slides below, then hit the comments with your thoughts on the season premiere of Bachelor Pad, and who you’re hoping will “win” it all. 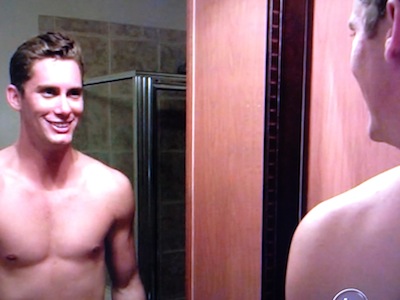