“Steven, J.Lo, and Randy, your journey ends this summer.” That’s been the phrase — delivered in the voice of Ryan Seacrest — percolating in the minds of American Idol fans over the last few weeks as the grandaddy of TV singing competitions prepares to reboot its judging panel once again.

Okay, okay…so only Jennifer Lopez and Steven Tyler have confirmed their exits from the Idol table, but after 11 seasons of barely intelligible feedback, insufferable name-dropping, incorrect use of air quotes, and an overwillingness to serve as a mouthpiece for producer manipulation, Fox isn’t going to reward Jackson with a twelfth season, right? (Please answer that in the affirmative.)

Whatever the case may be, Idol’s producers will have to hurry up and get a trio of judges in place before audition callback rounds start filming later this summer. And to help them with the hiring process, I’ve cooked up a list of a dozen dream candidates they should at least consider as replacements for Tweedle-Huh?, Tweedle-Abs, and Tweedle-Yo!

Click through my gallery of suggestions below, then hit the comments with your own brainstorming sessions. And for all my Idol news, interviews, and commentary, follow me on Twitter @MichaelSlezakTV!

If you like TVLine, you'll LOVE our email news alerts! Click here to subscribe.
American Idol: 14 Dream Candidates to Replace Steven, J.Lo and Randy as Judges 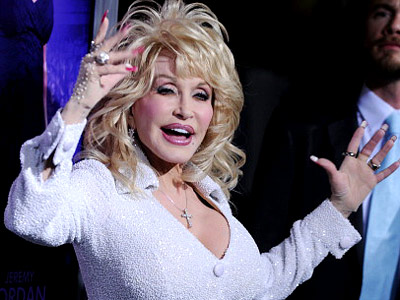