TV’s erstwhile Supergirl locks lips with the man who almost was Superman when Smallville alum Laura Vandervoort stars opposite Matt Bomer on White Collar later this month — and TVLine has several exclusive first look photos of the red-hot pairing.

As first reported by TVLine, in the July 31 episode of the just-returned USA Network hit, Vandervoort guest-stars as Sophie, a widow who stands to inherit a massive life insurance policy. While undercover to help Peter investigate possible fraud, Neal romances Sophie yet is surprised when his play turns real and he begins to have feelings for her. (You’re surprised, Neal? Really? Look. At. Her.)

In addition to Smallville, Vandervoort’s credits include TV’s V, the telepics Desperately Seeking Santa and Broken Trust, and roles in the films This Means War and (the frickin’ hilarious) Ted. 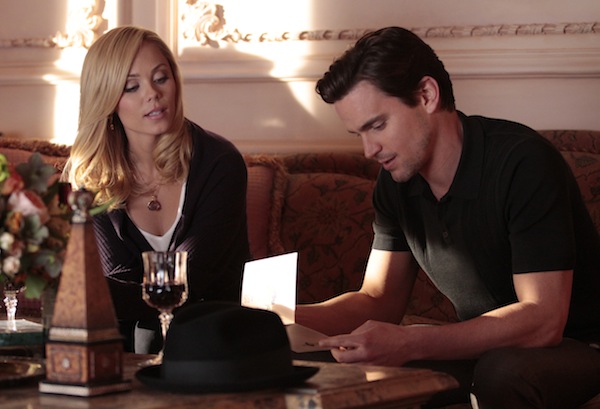