USA Network is doubling up on White Collar creator Jeff Eastin, giving a series pickup to his new drama, Graceland.

VIDEO | Someone Will [Spoiler] in Covert Affairs‘ Season 3 Premiere… But Who?

Graceland stars Daniel Sunjata (Rescue Me), Aaron Tveit (Gossip Girl), Manny Montana (The Chicago Code), Vanessa Ferlito (CSI:NY) and Brandon Jay McLaren (The Killing) as agents for the FBI, DEA and U.S. Customs who are forced to live together in an undercover beach house in Southern California.

“There aren’t many people we’d trust to run two shows on our air, but Jeff Eastin is one of them,” USA co-presidents Chris McCumber and Jeff Wachtel said in announcing the pick-up. “He wrote a brilliant script; [director] Russell [Fine] delivered a superb pilot; Daniel and Aaron anchor an incredible ensemble cast.”

Click through the photos below for a first look at Graceland. 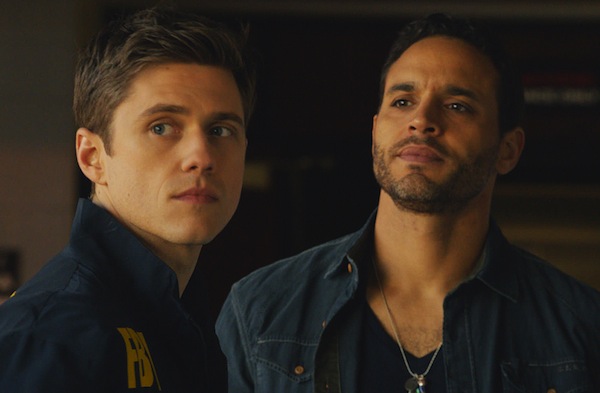