The close of the TV season for many an actor signals the opening of “Waiting Season” — aka the sometimes torturous few weeks during which they watch for an official “pick-up letter” inviting them back for the fall. And make no mistake, even those with the cushiest of gigs eyeball Mr. Postman.

“I don’t think as an actor you ever feel confident,” Community’s Yvette Nicole Brown shared with TVLine recently. “Until I get the letter… saying [my option has been] picked up, I don’t rejoice. I could be on Modern Family and not feel confident about it.”

For at least four Smash cast members and one 90210 resident, to cite some early examples, option pick-ups were not meant to be. And for more than a dozen other primetime stars, the future is to varying degrees colored by a big question mark — in some instances only because of how the season-gone-by ended.

Here, TVLine singles out 16 familiar faces whose fates remain fluid, and weighs in on why they should stay (or how they could go). Skim our list then tell us who you think is indispensable, and whose number may be up.

If you like TVLine, you'll LOVE our email news alerts! Click here to subscribe.
16 Fall TV Cliffhangers: Which Stars Should Be Saved? And Which Characters Are Expendable? 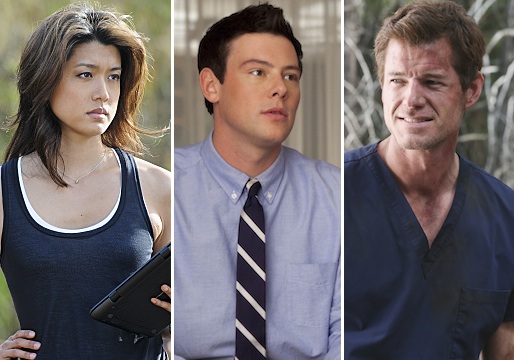