Glee‘s graduation-themed season finale airs next Tuesday, May 22 (Fox, 9/8c), and with the state of several characters potentially in flux, the emotions and tears are flowing from the entire cast in the following video preview.

Press play to watch the gang reflect on their time together with their “best friends” and see the waterworks in action. As an added bonus, we’ve included some pictures from the episode, appropriately titled “Goodbye,” which also introduces Santana’s mother (played by Gloria Estefan). 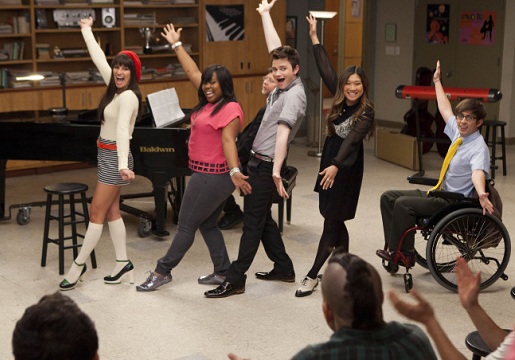