The title of the episode is “Everybody Dies,” but all of House‘s principal players look very much alive in the following first look at the show’s series finale. Well, almost all of them.

Perhaps it’s just a red herring, but Jesse Spencer’s Chase is the only major character missing from the crop of photos Fox just released from the May 21 swan song.

One person who is present and accounted for is Robert Sean Leonard’s cancer-stricken Wilson (and he’s looking pretty healthy). Of course, he could very well be a figment of House’s (Hugh Laurie) imagination.

The following gallery also includes a first glimpse at House’s final patient as well as several behind-the-scenes pics from the final week of shooting. 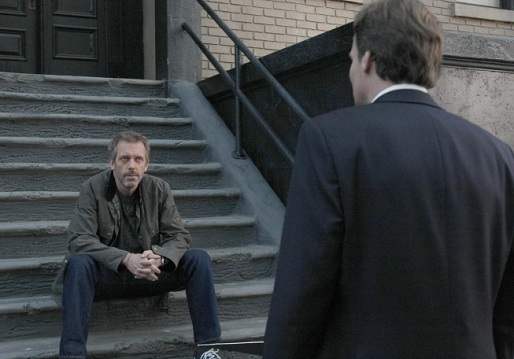