The cops of Rookie Blue are back on the beat May 24 (ABC, 10/9c), and we’ve got a sneak peek at the latest citizen given them trouble: William Shatner!

As TVLine first reported, Shatner will play a drunk driver in the Season 3 premiere — a role that “starts comic and ends dramatic,” executive producer Tassie Cameron told us.

Meanwhile, Andy returns to work after being suspended for three months at the end of last season and meets the newest rookie, Nick Collins (Peter Mooney). But we know what you’re really wondering: What’s going on with Andy and her former training officer? This sentence from the official episode description has us slightly worried: “Whether Andy and Sam can reignite the passion they once had may be an even bigger question.” 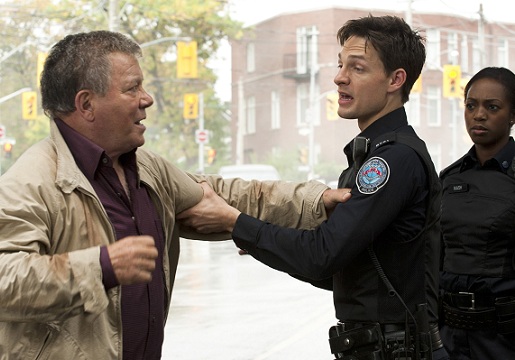