ABC’s Revenge is taking a trip back in time to reveal the origins of Emily’s revengenda, and we’ve got a first look at the 2002 all-flashback installment (airing May 9 at 10/9c).

Plenty of Emily’s take-down targets return for the hour, including one who has since bitten the dust. But it’s the sight of a slick-haired Nolan confronting a wayward Amanda Clarke that is the real treat. (We think this might be the beginning of a beautiful friendship…)

We’ve also included a shot from the May 16 episode of Emily, shovel in hand, crying over a ditch, with the official description stating that, “A painful loss forges a stronger bond between Emily and Jack.” Is Revenge killing off the immortal pup Sammy?! 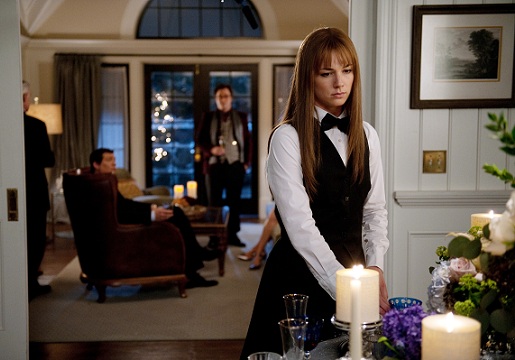