Erstwhile Green Arrow Justin Hartley makes his Hart of Dixie debut in the CW charmer’s April 16 installment, and wouldn’t you know, that handsome face of his is already rocking the ‘ship that is Wade and Zoe.

The upcoming episode, titled “Bachelorettes & Bullets,” finds Hartley playing a patient who grows rather fond of his pocket-sized doc.

Zoe, being a sane woman, graciously accepts his invite to lunch — but based on the following scoopy pics, we’d say she’s still got Wade on the mind (and vice versa!). And then there’s (of course) George, who also makes a quick photo cameo.

Flip through the hot shots below, and then hit the comments with your thoughts on this equilateral love triangle.

If you like TVLine, you'll LOVE our email news alerts! Click here to subscribe.
Hart of Dixie Hot Shots: Wade and Zoe Finally Get Close -- But Will Justin Hartley Interfere? 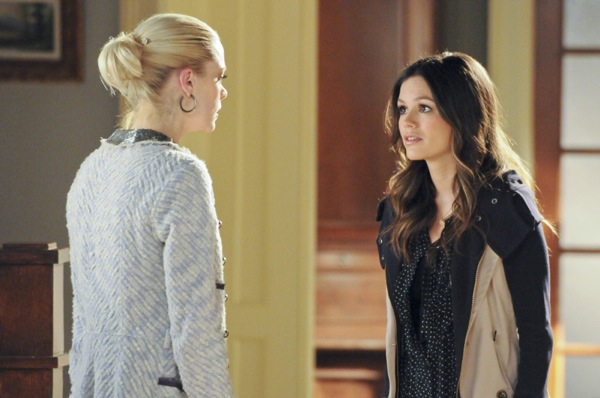