It’s the big question on everyone’s mind: Who exactly is Once Upon a Time‘s secretive, handsome August (played by Eion Bailey)? We’ve got a sneak peek at the fantastical ABC series’ April 22 episode, which finds Mr. Gold looking into that very mystery.

Exclusive: ABC Prepping Early Renewals for Castle, Revenge, Once Upon a Time and 6 Others

While the shifty “owner” of Storybrooke attempts to get to the bottom of the stranger’s true identity, Mr. Gold’s fairy tale counterpart, Rumpelstiltskin, tries to make things right with his son.

The story “goes back to the moment he became Rumplestiltskin — and [his son] can’t handle this person his father [has become],” Robert Carlyle previously teased to TVLine. “He wants me to give up the power.” Doing that, however, would require being “stabbed through the heart,” and while that won’t happen, “something else does,” the actor hinted cryptically. 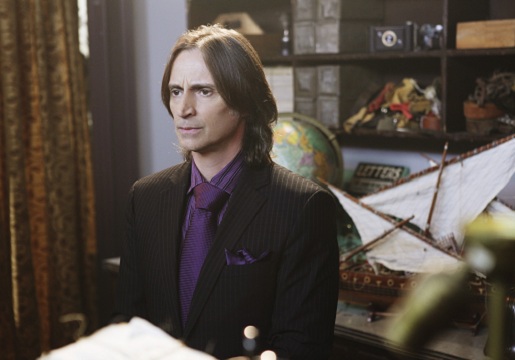