Booth and Brennan will soon become new parents on Bones, but that doesn’t mean the murders are going to stop. In fact, we’ve got your first look at the twosome hitting the ground running to solve a case on April 9 (Fox, 8/7c) — just one episode after Brennan gives birth! Plus: Is there another love story brewing in the Jeffersonian?

Judging from the following photo gallery — and her big smile — parenthood seems to agree with the proud new mommy, as does her beautiful new home with Booth!

Meanwhile, Luke Kleintank’s lovable, Southern-drawling squintern Finn Abernathy is back, and he’s found himself a surprising new girlfriend sure to stir up some awkwardness in the workplace.

Check out the sneak peek and then hit the comments with your thoughts. 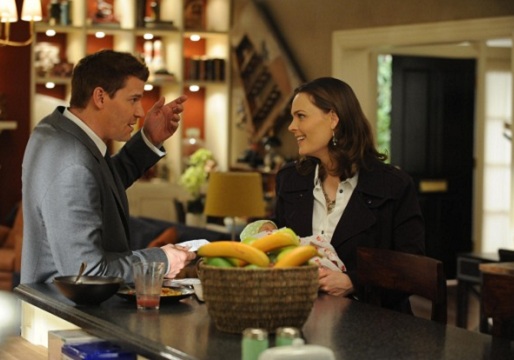