Two original episodes remain before Vampire Diaries‘ “The Murder of One” airs on March 29 (The CW, 8/7c), and if the following sneak peek at the hour is any indication, viewers have a lot to look forward to.

First — and probably foremost for Damon fans — Rebekah takes a knife to the shirtless bad boy vamp in her “brutal plan to take revenge” on him, according to the official episode description. Brother Finn, meanwhile, is pulled into Klaus and Rebekah’s scheme as they “find the perfect motivator to convince [him] to cooperate.”

Elsewhere, the brothers Salvatore bring Elena, Caroline and Matt in on their plan to destroy Klaus, which means — get excited, fans of Stefan and Caroline’s friendship! — the blonde bloodsucker and Elena’s ex will soon share a scene! But it’s the Stefan/Elena ‘shippers who will truly have a field day as the two partake in “a heartbreaking moment.” 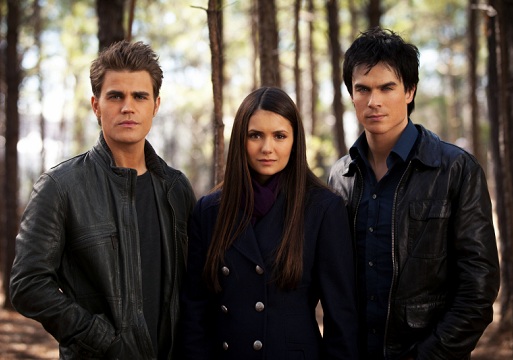