Grey’s Anatomy will premiere its eighth (and possibly very transitional) season on Thursday, Sept. 22, with a two-hour event — and ABC has released a slew of photos giving fans a taste of what to expect.

For starters, there are several pics featuring Zola, the baby that Meredith and Derek were to jazzed to adopt as Season 7 drew to a close — only to find the hand-off tainted by a bit of marital discord. (That Mer looks at all smiley in one or two of the images suggests to me that those are actually behind-the-scenes outtakes of a happy Ellen Pompeo.)

Flip through our slideshow and tell us your latest thoughts on the upcoming season. 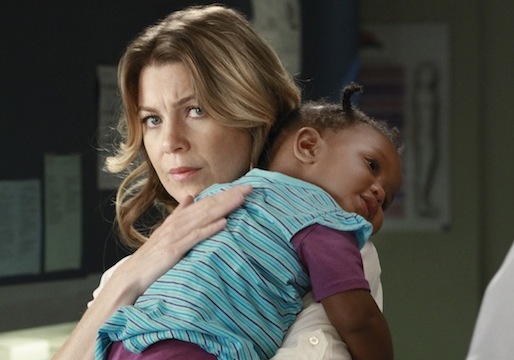