CBS’ The Amazing Race — winner of countless Emmy Awards for best competitive reality series — will celebrate its 10th anniversary this fall with a cast that features Survivor winners Ethan Zohn and Jenna Morasca, a former NFL player, a team of Las Vegas showgirls, the youngest person to ever sail around the world alone, and a pair of Olympic snowboarders.

Season 19 of The Amazing Race (premiering Sunday, Sept. 25) will include first-time visits to locations such as Indonesia, Malawi, Belgium and Denmark, and a new penalty called the “Hazard,” which will impact one team’s fate right from the starting line. 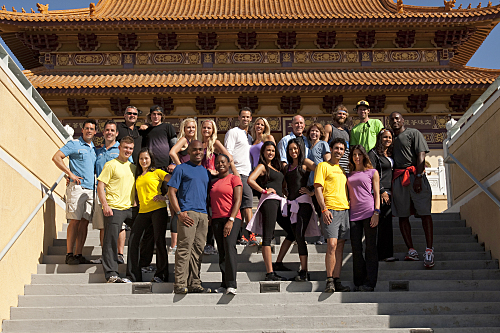