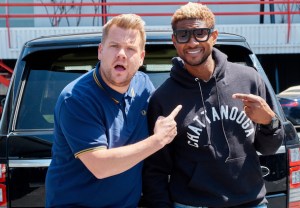 If we had to rate Usher’s Carpool Karaoke bit on a scale of 1 to 10, we’d give it a certified 20. END_OF_DOCUMENT_TOKEN_TO_BE_REPLACED 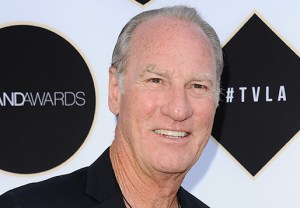 Step aside, Camille Braverman: Craig T. Nelson is setting his sights on someone new. 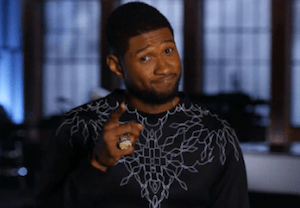 Team Usher steps into the spotlight for The Voice‘s final set of Season 6 playoffs tonight (8/7c on NBC), but that doesn’t mean the super suave coach doesn’t have time to goof around. END_OF_DOCUMENT_TOKEN_TO_BE_REPLACED

The Voice Season 4 Shake-Up: Cee Lo and Christina Out, Usher and Shakira In!

When those chairs swivel around this winter on The Voice, contestants will be looking at two new faces — and at least one pair of hips known to speak the truth.