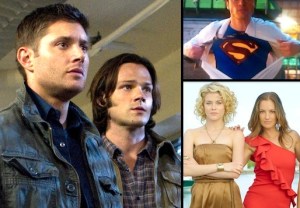 With 2011 drawing to a close, we reflected on 20 instances over the past year when, for one reason or another, the TV gods didn’t quite smile on us. END_OF_DOCUMENT_TOKEN_TO_BE_REPLACED

Steven Moffat: Torchwood's Captain Jack May Visit Doctor Who, But Never, Ever the Reverse 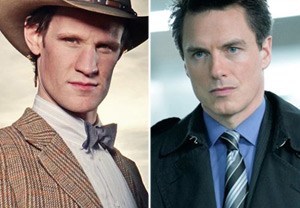 Doctor Who fans, did you think an appearance from John Barrowman’s Captain Jack was missing in the last new episode? You’re not the only one. END_OF_DOCUMENT_TOKEN_TO_BE_REPLACED 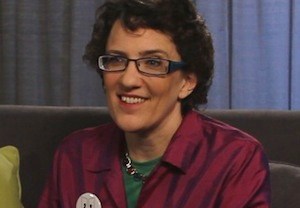 Genre-TV vet Jane Espenson is a bit of a rock star at events like the San Diego Comic-Con, given that her extensive writer-producer resume includes tours with Buffy the Vampire Slayer, Tru Calling, Battlestar Galactica and Dollhouse. As such, the scribe was warmly welcomed to hold court in TVLine’s SDCC interview suite, where she looked back on Buffy‘s enduring legacy as well as dished on END_OF_DOCUMENT_TOKEN_TO_BE_REPLACED 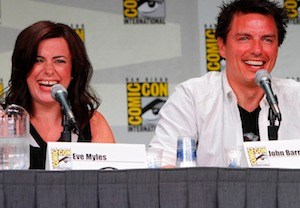 Torchwood: Miracle Day star John Barrowman is a fanboy, having spent three hours — and several thousand dollars — on the San Diego Comic-Con convention hall floor Thursday evening, picking up T-shirts and action figures. “I’m like all of you,” he said to the crown on hand for the Starz series’ panel discussion. “I’m a fan of science fiction. I’m a nerd at heart, and I’m proud of it!” Not be outdone, Mekhi Phifer shared END_OF_DOCUMENT_TOKEN_TO_BE_REPLACED 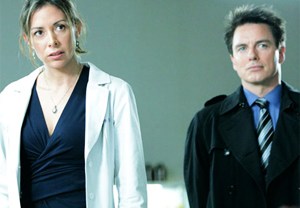 Starz’ much-hyped premiere of Torchwood: Miracle Day got off to a decent start on Friday, drawing 819K viewers at 10 pm. With the 11 pm replay factored in, the debut drew END_OF_DOCUMENT_TOKEN_TO_BE_REPLACED 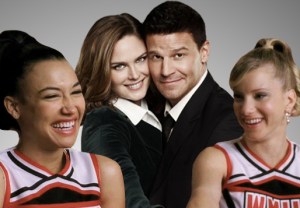 Question: Any new scoops about the new season of Bones? —Sydnee
Ausiello: Yes, a have big scoop! The first episode is titled “The Memories in the Shallow Grave.”

Question: Any scoop on Bones now that Booth and Bones are having a baby? —Kristen
Ausiello: Remember that big scoop I promised you, like, five seconds ago? This is actually it: END_OF_DOCUMENT_TOKEN_TO_BE_REPLACED 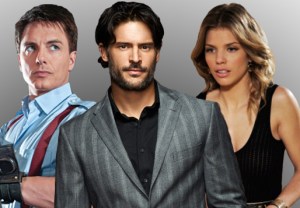 Question: Now that the writers have returned to work on Castle, do you have any scoop? Any further tidbits on the new female captain you mentioned last week? —Cheryl
Ausiello: According to some just-released character intel, the new boss lady cut her teeth in Internal Affairs and views the captain’s chair as nothing more than a stepping-stone to a bigger, more prominent job. She also has a rep for being a bit of a hard-ass to her co-workers, but she also has a fun and flirtatious side. Got casting tips? Hit the comments!

Question: Thanks for all the True Blood scoop in AA last week — but what about Alcide? Got anything on my favorite werebeast? —Allison
Ausiello: He’s doesn’t actually show up until Episode 3 (airing July 10), when Sookie drops by his new suburban crib to ask a favor of him. She quickly discovers that his change of address is but one of two major surprises the big lug has in store for her. END_OF_DOCUMENT_TOKEN_TO_BE_REPLACED 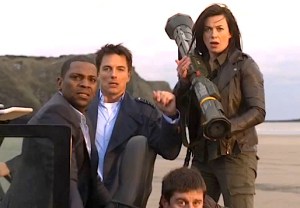 So this is what happens when Torchwood comes into contact with a big pile of cash.

No disrespect to our friends across the pond, but the upcoming fourth chapter in the adventures of Captain Jack and Co. — the first one featuring both a U.S. setting (Los Angeles) and distribution partner (Starz, part of a co-production deal with BBC Worldwide) — looks like a (couple) million bucks. END_OF_DOCUMENT_TOKEN_TO_BE_REPLACED 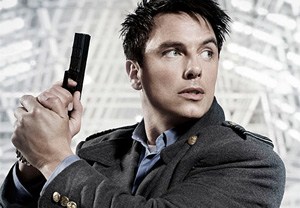 Starz is pulling the curtain back on Torchwood: Miracle Day, the hotly anticipated fourth season of the British smash.  END_OF_DOCUMENT_TOKEN_TO_BE_REPLACED 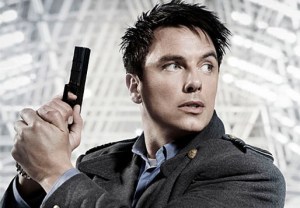 Scroll down for a first look at the provocative key art for Miracle Day, which perfectly underscores the season’s explosive conceit: What would happen if the entire human race became immortal? END_OF_DOCUMENT_TOKEN_TO_BE_REPLACED