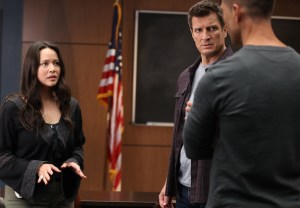 The following contains major spoilers from the Season 4 premiere of ABC’s The Rookie.

Following a rollout of promos, episodic photos and a poster that had fans fretting END_OF_DOCUMENT_TOKEN_TO_BE_REPLACED

Performer of the Week: Titus Makin 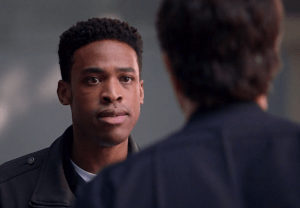 THE SHOW | The Rookie

The Rookie's Titus Makin Weighs In on Brutal Twist, and How the Racist Cop Arc Was Personally 'Devastating' 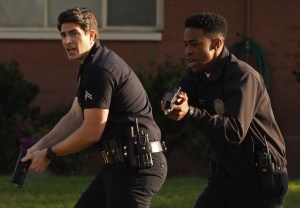 The following contains major spoilers from the Feb. 14 episode of ABC’s The Rookie.

This week on The Rookie, Officer Jackson West (played by Titus Makin) went “all in” in his quest to take down his TO END_OF_DOCUMENT_TOKEN_TO_BE_REPLACED

The Rookie's Dilemma: Will West Persist in His Plan to Bust a Bad Cop? 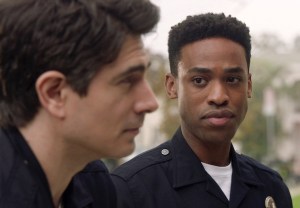 When last we tuned into ABC’s The Rookie, Officer Jackson West’s plan to get the goods on bad cop Doug Stanton hit a sinister snag. Will West now put his nascent career on the line, in the name of a greater good? END_OF_DOCUMENT_TOKEN_TO_BE_REPLACED