White Collar's Tim DeKay: In Season 5, Peter and Neal 'Have Got to Address Their Relationship' 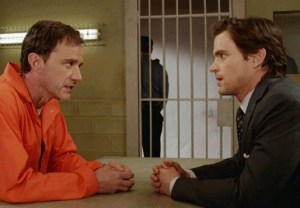 The tables have turned on White Collar.

In tonight’s Season 5 premiere (USA Network, 9/8c), FBI agent Peter Burke is the one behind bars while con man Neal Caffrey concocts a scheme to free him. The aftermath will force the partners/pals to spill how they really feel about each other as a new G-man ultimately steps in to monitor Neal. END_OF_DOCUMENT_TOKEN_TO_BE_REPLACED 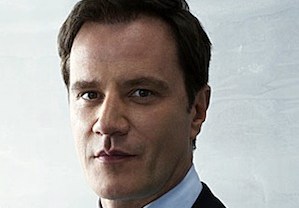 And he thought Neal Caffrey was a little devil.

White Collar G-man Tim DeKay will be sparring with Lucifer himself when he guest stars in an exorcism-themed episode of Body of Proof, TVLine has learned exclusively. END_OF_DOCUMENT_TOKEN_TO_BE_REPLACED 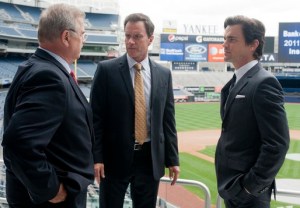 In his first time at bat as a director for USA Network’s White Collar, Tim DeKay was given the opportunity to literally swing for the fences, helming an episode that takes place in part at Yankee Stadium. (The set-up: Neal finagles his way onto a team of thieves out to pinch a priceless baseball signed by Babe Ruth.) 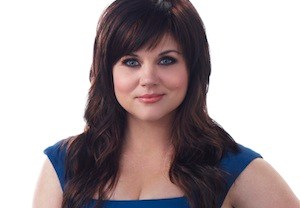 Things are about to get very interesting — again — for White Collar‘s Elizabeth Burke, who just weeks ago narrowly escaped Keller’s clutches. Tonight at 10/9c on the USA Network series, Peter’s missus will find herself wary of a big, bad wolf (aka True Blood‘s Joe Manganiello), and Tiffani Thiessen is here to tease what’s ahead, give viewers fair warning about the Feb. 28 finale and get a bit melancholy about life in the Fastlane. END_OF_DOCUMENT_TOKEN_TO_BE_REPLACED

White Collar Exclusive First Look: Neal Goes to the Head of the Class! 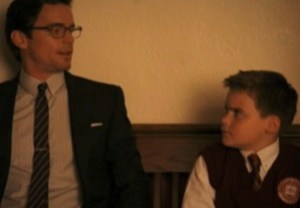 Trust us: After this Tuesday’s White Collar (USA Network, 10/9c), you’ll definitely be hot for teacher.

To figure out who’s siphoning scholarship funds from an uber rich Manhattan prep school, Neal (Matt Bomer) poses as a substitute English instructor, and we’ve got an exclusive sneak peek at the con man’s journey to the head of the class! END_OF_DOCUMENT_TOKEN_TO_BE_REPLACED 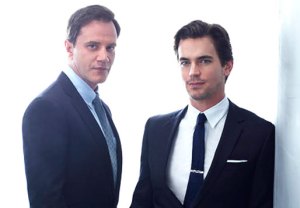 Con man Neal Caffrey was a (charming) bad boy last year, keeping secrets from his partner and pal, FBI Agent Peter Burke. But his naughty behavior is our reward as USA Network’s White Collar resumes Season 3 this Tuesday at 10/9c with a tense winter opener. TVLine chatted with Tim DeKay and Matt Bomer about the new run of episodes, the latest obstacle that threatens their onscreen relationship END_OF_DOCUMENT_TOKEN_TO_BE_REPLACED 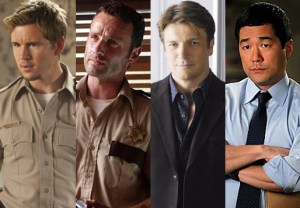 Do these guys have guns in their pockets, or are they just happy to be competing in our Ultimate Law-Enforcement Crushes Bracket Tournament? END_OF_DOCUMENT_TOKEN_TO_BE_REPLACED 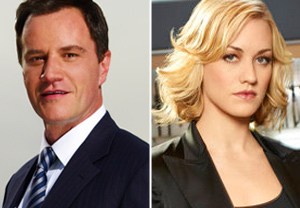 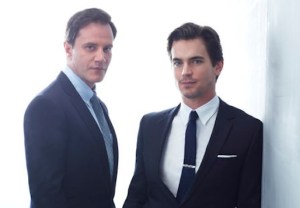 Will Neal take the treasure and run? That’s the question at the center of White Collar‘s current season (airing on USA Network, Tuesdays at 9/8c). But the bigger question is: Will TV’s best bromance ever be able to gain back the trust?

It may be difficult to repair the damage from the tense cat-and-mouse game Peter (played by Tim DeKay) and Neal (Matt Bomer) have been playing, but DeKay feels confident the two will work it. After all, these guys “love each other,” he points out. But END_OF_DOCUMENT_TOKEN_TO_BE_REPLACED 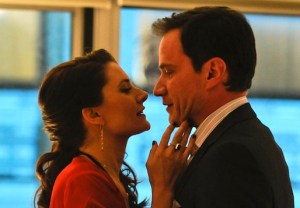 In what series creator Jeff Eastin “one of the funniest episodes we’ve ever done,” this Tuesday’s White Collar (USA Network, 9/8c) tasks the FBI with the case of a “black widow” – a woman who marries wealthy men and then profits when they are killed under suspicious circumstances.

“The only way we think we can [catch her] is to go undercover as a potential husband for her,” previews Tim DeKay, whose (happily married) FBI agent Peter Burke joins Neal (Matt Bomer) and Jones (Sharif Atkins) as man candy at a charity bachelor auction. END_OF_DOCUMENT_TOKEN_TO_BE_REPLACED