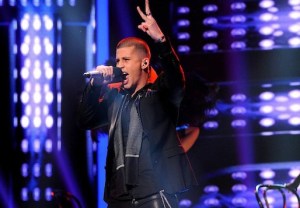 Thanksgiving is nigh, and the forecast calls for excessive gluttony and three-to-four inches of pie on Thursday afternoon. But that didn’t stop Simon Cowell and his X Factor minions from attempting to cram their barely concealed agendas down America’s gullets during Wednesday night’s Top 8 performance telecast. END_OF_DOCUMENT_TOKEN_TO_BE_REPLACED

Reality Check: Alex & Sierra Trump Restless Road (as Simon's Credibility Crumbles) on The X Factor! Plus: Xtina Cracks the Whip on The Voice 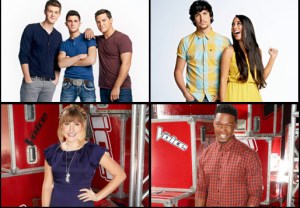 There are only 16 acts in total left standing on the current seasons of The Voice and The X Factor — and yet this past week’s editions of NBC and Fox’s reality singing competitions were surprisingly lackluster.

On this week’s edition of Reality Check, my cohost Melinda Doolittle and I discuss END_OF_DOCUMENT_TOKEN_TO_BE_REPLACED

The X Factor Top 10 Results Recap: Did the Right Acts Get Booted This Week? 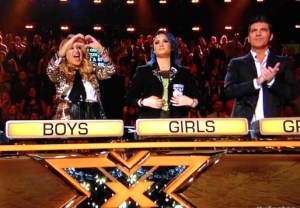 Pay no attention to the fact that Simon Cowell admitted on air that last week’s X Factor results were “a joke.” Or that he’s now become so cynical about his U.S.-based singing competition that he gives standing ovations to his prefab country act Restless Road solely for the extra special way they fill out their Wranglers.

The X Factor Top 10 Performance Recap: ...And It's Getting More and More Absurd [Updated] 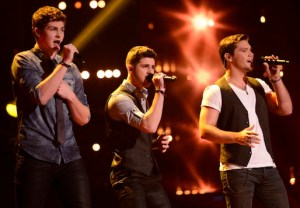 Welcome back to another recap of The X Factor! Or as Paulina Rubio likes to call it, “Where am I? Who am I? And why is there a camera in my face?”

Too mean? Oh well. I mean, yeah, PowPow (as I affectionately think of her) managed to correctly identify all three of her contestants tonight for the first time, but END_OF_DOCUMENT_TOKEN_TO_BE_REPLACED

Reality Check: Who's Pulling Ahead on The Voice? Does X Factor Need 'Groups' Therapy? 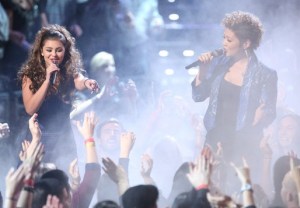 Season 5 of The Voice is down to just 10 contestants — but three or four standouts are beginning to separate from the pack.

On this week’s Reality Check, my cohost Melinda Doolittle and I discuss END_OF_DOCUMENT_TOKEN_TO_BE_REPLACED

The X Factor Top 12 Results Recap: Did the Right Acts Get Booted This Week? 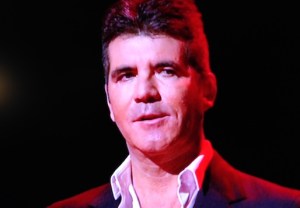 X Factor contestants, I feel for you. (Yes, that was a Chaka Khan reference.)

Let’s be honest: Your mentors are constantly trying to upstage you with superfluous (sometimes ¡interpretive!) dancers. The apocalyptic on-stage lighting situation is probably only manageable with the use of alcohol, Prozac, intensive psychotherapy or END_OF_DOCUMENT_TOKEN_TO_BE_REPLACED 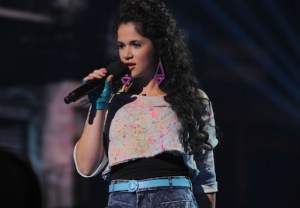 The most confounding portion of tonight’s Top 12 performance telecast was:

A. Paulina Rubio’s continued employment in the face of her enthusiastic incompetence END_OF_DOCUMENT_TOKEN_TO_BE_REPLACED 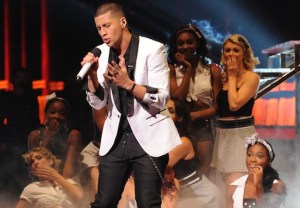 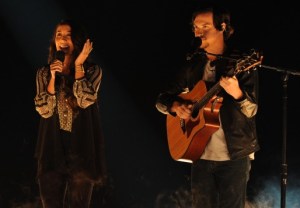 Like that expensive cheese in your fridge that unexpectedly presents with a patch of furry blue mold, The X Factor is the reality competition that asks the eternal question: To toss the whole package into the trash compactor with a satisfying whirr — or to press the CTRL+SCRAPE+EAT button. 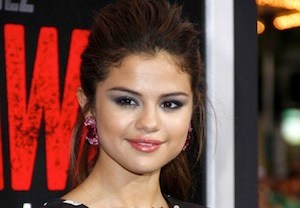 The X Factor is slowing down a bit with an appearance by Selena Gomez.