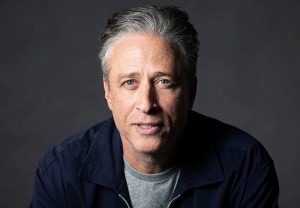 There’s still a lot we don’t know about Jon Stewart‘s forthcoming Apple TV+ series — but we do know what it will be called.

The current events-based show has officially been titled END_OF_DOCUMENT_TOKEN_TO_BE_REPLACED