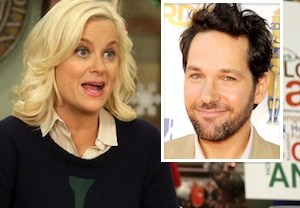 We’ve got ourselves a horse race, folks! Parks and Recreation has tapped Paul Rudd to play Leslie’s opponent in Pawnee’s hotly-contested race for City Council. END_OF_DOCUMENT_TOKEN_TO_BE_REPLACED 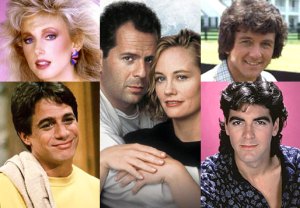 Question: I can’t wait for David and Maddie to finally get together on Moonlighting. The show will be even better then, don’t you think? Any idea if it’ll happen this season? —Fiona
Ausiello: I totally agree, Fi! The only bummer about the show is all that gnarly anticipation! But, we might get our wish for a David/Maddie – Daddie? – hook-up sooner than later: A new rival – David’s brother, no less! – hits on Maddie in the season premiere, and you don’t have to be a detective to figure out END_OF_DOCUMENT_TOKEN_TO_BE_REPLACED

Brenda Hampton is reviving the career of another ’80s icon. The writer-producer — who made Molly Ringwald relevant again in The Secret Life of the American Teenager — has tapped The Facts of Life’s Mindy Cohn (go, Natalie!) to join the cast of her currently untitled ABC Family drama as a regular.