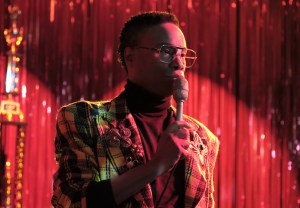 Emmys 2018 Poll: What Should Win for Outstanding Limited Series? 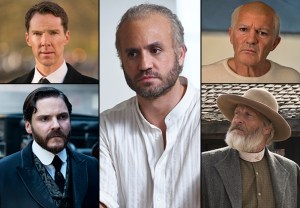 An iconic fashion designer, an even more iconic artist and a whole lot of murder: Yep, that’s this year’s Emmy race for Outstanding Limited Series in a nutshell. END_OF_DOCUMENT_TOKEN_TO_BE_REPLACED 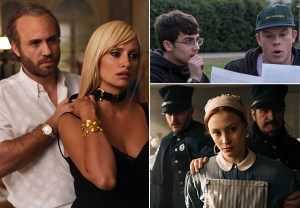 Last year, Emmy’s Outstanding Limited Series contest was about as suspenseful as any kudos race featuring Julia Louis-Dreyfus. Basically, HBO’s soapy phenom Big Little Lies had the win in the bag. But this year? END_OF_DOCUMENT_TOKEN_TO_BE_REPLACED

The Assassination of Gianni Versace: American Crime Story — Grade It! 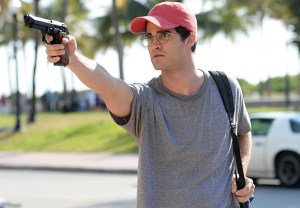 Whether Darren Criss was shooting people in the face, puking in public bathrooms or casually rubbing his crotch while standing over a sleeping couple, he sure made Wednesday’s season premiere of American Crime Story feel like the darkest episode of Glee yet. END_OF_DOCUMENT_TOKEN_TO_BE_REPLACED