Gossip Girl: Jenny and Eric Back For Finale? 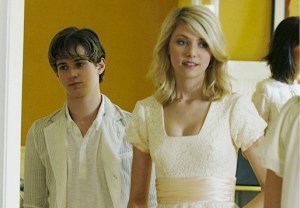 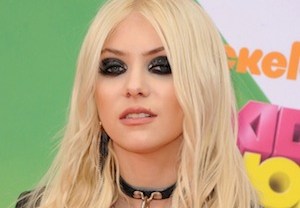 Eliminating any doubt that she might one day reprise her role of Gossip Girl‘s Jenny Humphrey, Taylor Momsen attests that her days as an actress are done, over, finished, finito. END_OF_DOCUMENT_TOKEN_TO_BE_REPLACED 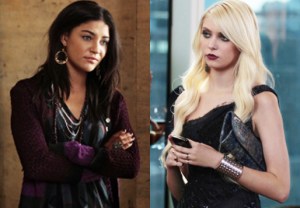 Spotted: Two fewer troublemakers on the Upper East Side. 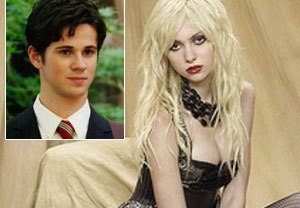 Gossip Girl‘s Connor Paolo has a message for critics of his embattled costar Taylor Momsen: Pick on someone your own size. END_OF_DOCUMENT_TOKEN_TO_BE_REPLACED

Gossip Girl firebrand Taylor Momsen will continue to be a scarce presence on the CW soap during the second half of the season. Sources confirm that the increasingly volatile actress — who has appeared in a grand total of three episodes this fall despite being listed as a series regular — will begin an indefinite hiatus following the Nov. 29 episode.

Although reps for The CW and producer Warner Bros. declined to comment, sources confirm that Momsen’s Jenny will be MIA for at least four episodes beginning with the show’s midseason finale on Dec. 6. The news comes as the 17-year-old Pretty Reckless singer’s off-screen antics continue to raise eyebrows.

Besides her barely-there wardrobe and expletive-laced tirades against peers such as Miley Cyrus, Momsen pissed off Project Runway‘s Tim Gunn who played mentor to ‘Jenny” in an episode that aired last month. Gunn blasted Momsen for her lack of professionalism on the set. “What a diva,” he told E! News. “She was pathetic, she couldn’t remember her lines, and she didn’t even have that many. I thought to myself, ‘Why are we being held hostage by this brat?'”

However, a Gossip insider maintains that the airtime for Momsen, an original cast member who has been on the show since the pilot, has been reduced for strictly creative reasons.