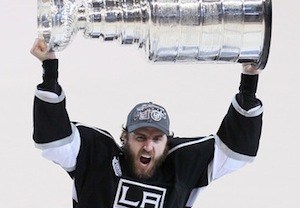 NBC’s coverage of the sixth and deciding game of the NHL’s Stanley Cup finals averaged 4.15 million total viewers and a 1.6 demo rating, based on the fast overnights.

That marks a sharp increase versus Saturday’s Game 5, sure, but versus last year’s Bruins/Canucks series  END_OF_DOCUMENT_TOKEN_TO_BE_REPLACED