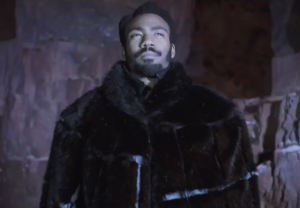 As expected, the trailer for Solo: A Star Wars Story made its debut during NBC’s telecast of Super Bowl 52, and the clip offered a first look at the TV star-packed cast — most notably Donald Glover as END_OF_DOCUMENT_TOKEN_TO_BE_REPLACED