She-Hulk Easter Egg Teases Wolverine, Has Fun With the Ending of Eternals 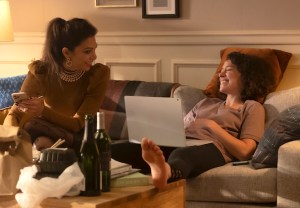 Did She-Hulk Just Set the Stage for 'World War Hulk'? Head Writer Teases the 'Possibility' for... Something 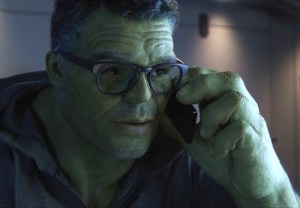 The following contains a singular She-Hulk Episode 2 spoiler, regarding the status of Bruce Banner/Smart Hulk. 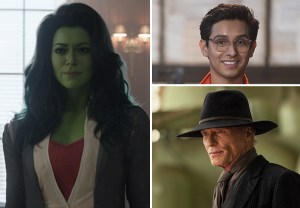 A High School Musical summer camper, HBO Max’s animated Joker and the Marvel Cinematic Universe’s newest Hulk have all taken up residence in our latest Quotes of the Week compilation. END_OF_DOCUMENT_TOKEN_TO_BE_REPLACED

Did She-Hulk Cheat Arm Repair? Did Never Have I Ever Give You Whiplash? Did Andy Get Evil Whammy? More Qs! 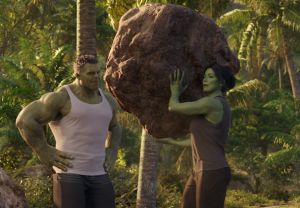 We’ve got questions, and you’ve (maybe) got answers! With another week of TV gone by, we’re lobbing queries left and right about lotsa shows including Evil, Big Brother, Blood & Treasure, Westworld, She-Hulk and more! END_OF_DOCUMENT_TOKEN_TO_BE_REPLACED

She-Hulk Recap: It's Not Easy Being Green — Grade the Disney+ Premiere

Marvel’s She-Hulk this Thursday made the case for headlining her own Disney+ series. What say you, the jury? END_OF_DOCUMENT_TOKEN_TO_BE_REPLACED 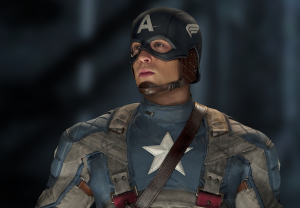 The following contains spoilers from the She-Hulk: Attorney a Law premiere’s mid-credits scene. 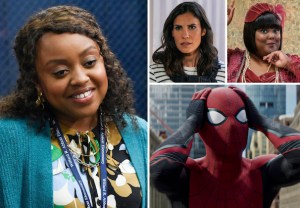 Who did She-Hulk hope to draw into its web? Has the last of Young Justice been served? Will the Ghosts dig up Al Capone? Read on for answers to those questions plus teases from many other shows. END_OF_DOCUMENT_TOKEN_TO_BE_REPLACED

She-Hulk Review: Marvel Comedy Series Is a Lean, Green, MCU In-Joke Machine, But It Could Be Stronger 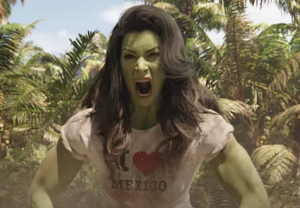 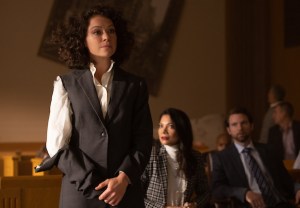 Tatiana Maslany previously played a gaggle of clones on Orphan Black, brilliantly navigating the digital magic needed to make that tricky team-up happen. How did her experience transforming into a 6-foot-7, green She-Hulk compare? END_OF_DOCUMENT_TOKEN_TO_BE_REPLACED

When in the MCU Timeline Is She-Hulk Set? Head Writer Sheds Some Light... 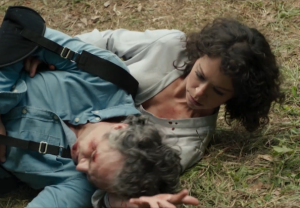 The She-Hulk: Attorney at Law trailers have vexed some Marvel fans, given the conflicting visuals of Mark Ruffalo’s Bruce Banner. TVLine invited head writer Jessica Gao to shed some light on when/where the Disney+ series falls within the greater MCU timeline END_OF_DOCUMENT_TOKEN_TO_BE_REPLACED