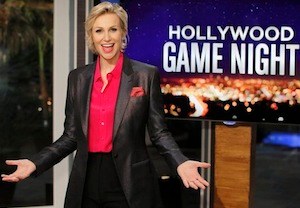 The Jane Lynch-hosted series placed first at 10 pm with 4 million viewers and a 1.3 demo rating, matching last week’s Macy’s fireworks special and giving the Peacock its best 18-49 rating in the hour since April. END_OF_DOCUMENT_TOKEN_TO_BE_REPLACED

Sharknado: So, So Bad It Was Kinda Great? Plus: Vote for the (Inevitable) Sequel Title 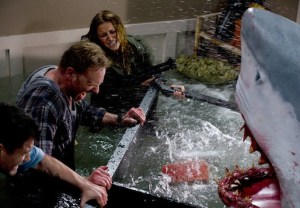 The nuttiest storm ever was brewing Thursday night on Syfy, as a Sharknado — a tornado full of sharks, of course — ravaged Santa Monica and its neighbors.

Did you lay witness to the low-budget, over-the-top carnage? And if so, what made you a believer in fish-catapulting weather? END_OF_DOCUMENT_TOKEN_TO_BE_REPLACED