Glee's 'Most Intense' Mystery Is Solved! Plus: Resolution to the Rachel-Finn-Brody Triangle? 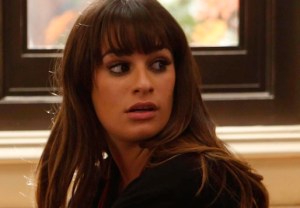 Glee fans who follow series star Lea Michele’s Twitter account got a heads up earlier this week that difficult times lie ahead for her ambitious college freshman Rachel Berry: END_OF_DOCUMENT_TOKEN_TO_BE_REPLACED 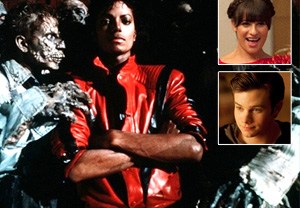 You can’t believe everything you read on the Internet — especially when it comes Glee spoilers — but you can trust TVLine’s scoop about the show’s upcoming Michael Jackson tribute episode slated to air later this month. That’s because our crack team of reporters caught up with several cast members at Sunday’s Television Critics Association bash to get the news straight from the show choir’s mouth: END_OF_DOCUMENT_TOKEN_TO_BE_REPLACED 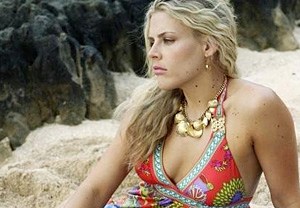 Busy Philipps won’t be waking up Thursday morning with visions of Golden Globe nominations for herself or her fellow Cougar Town cast members dancing in her head. “That’s not going to happen now. No one’s seen the show this season,” says Philipps, lamenting the fact that ABC has not only failed to find a spot for the hilarious ensemble comedy on its 2012 schedule, but also END_OF_DOCUMENT_TOKEN_TO_BE_REPLACED 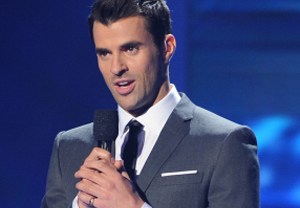 Two more X Factor contestants will be sent to the guillotine before the week is over, but before they do, the Season 1 Top 7 will END_OF_DOCUMENT_TOKEN_TO_BE_REPLACED 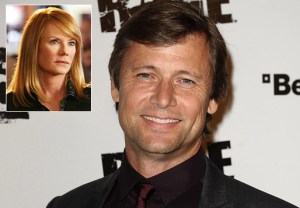 Things are about to get hotter than the Nevada desert at high noon for CSI‘s Catherine Willows. The Vegas crime-lab veteran will soon find herself embroiled in END_OF_DOCUMENT_TOKEN_TO_BE_REPLACED 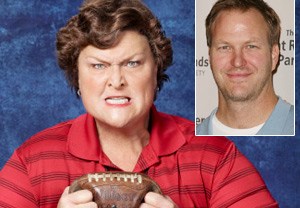 Looks like Coach Beiste could be ordering a second bowl of pasta the next time she calls for Breadstix takeout. END_OF_DOCUMENT_TOKEN_TO_BE_REPLACED

Glee Exclusive: Sue Sylvester Will Face Off Against [Spoiler] in Her Run for Congress 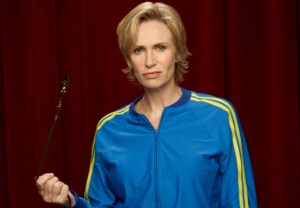 Looks like Sue Sylvester will be picking on someone her own size — or at least in her own age group — during Glee‘s third season. When I spoke to exec producer Ryan Murphy in June, he noted that he was working on “an amazing 20-episode arc for Jane Lynch” that would partly focus on her character’s campaign for Congress, and now, TVLine has discovered that her political rival will also have ties to [WARNING: SPOILER AHEAD!] END_OF_DOCUMENT_TOKEN_TO_BE_REPLACED 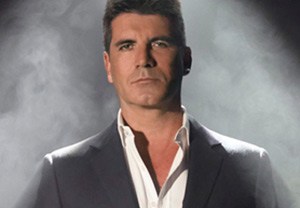 Honesty is the best policy when it comes to reality TV, says Simon Cowell — and that’s a rule he’s applying to Fox’s hotly anticipated singing competition The X Factor. “You’ve got to say what you think,” Cowell said in a conference call with television reporters this afternoon. “It doesn’t always make you comfortable when you watch it back [on TV], but END_OF_DOCUMENT_TOKEN_TO_BE_REPLACED 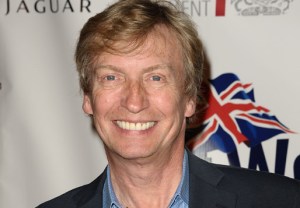 With only three episodes remaining of So You Think You Can Dance‘s eighth season, executive producer Nigel Lythgoe is beginning to turn his attention to Fox’s other reality tentpole, a little show called American Idol. Coming off a year in which Idol not only survived Simon Cowell’s exit but thrived creatively (scoring 10 Emmy nominations) and in the ratings (despite a reconfigured judges’ panel and new time slot), Lythgoe says he is hesitant to make any drastic changes to the show when it returns for Season 11 in January 2012. But he took a few minutes to talk to TVLine about possible changes to Idol‘s voting rules, the idea of introducing a “banned songs list” that would outlaw END_OF_DOCUMENT_TOKEN_TO_BE_REPLACED