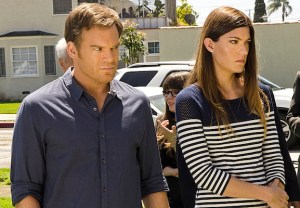 Warning: This story contains spoilers from Dexter‘s series finale. Read on with caution…

Dexter EP Prepares for Polarizing Fan Reaction to Series Finale, Maintains, 'It Feels Right to Us' 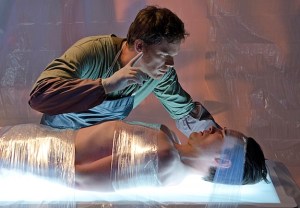 It’s nearly impossible to please everyone with a series ender these days. But the folks behind Dexter (which wraps its eight-season run on Sunday, Sept. 22) are feeling confident about that prospect, while nevertheless preparing for the worst. END_OF_DOCUMENT_TOKEN_TO_BE_REPLACED 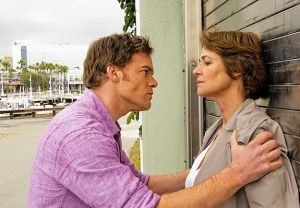 Warning: This story contains spoilers from Dexter’s Season 8 premiere. If you’ve yet to watch, avert your eyes now.

Dexter kicked off its eighth and final season on Sunday with an unrelenting installment that left viewers with a slew of burning questions: Will Dexter ever be able to salvage END_OF_DOCUMENT_TOKEN_TO_BE_REPLACED 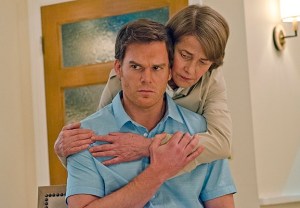 Way back in Dexter‘s second season, our anti-hero noted with surprise that his mask of normality was slipping. “People who never mattered before are suddenly starting to matter,” he said, uncharacteristically rattled. “It scares the hell out of me.”

You think you were spooked, Dex? That’s nothing compared to what END_OF_DOCUMENT_TOKEN_TO_BE_REPLACED

Dexter EP Previews Fallout From Deb's Discovery: 'There's No Dancing Around It Anymore' 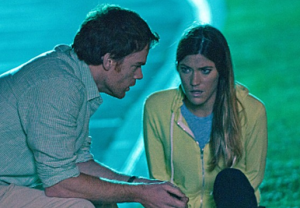 Warning: If you’ve yet to watch this Sunday’s Dexter premiere, avert your eyes now! Everyone else, read on…

Dexter on Sunday launched its seventh season with an electric hour that concluded with a development so major, it (almost) made the tragic murder of Rita look like child’s play. END_OF_DOCUMENT_TOKEN_TO_BE_REPLACED 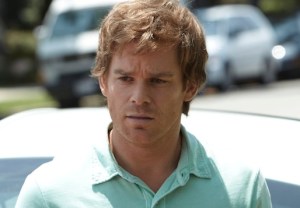 In just a few short months, Showtime’s Dexter will return with what promises to be a jaw-dropping, game-changing sixth season. TVLine spoke with executive producer Sara Colleton about the new and improved Dark Passenger (whom, she says, “is at the top of his game in every way”), unveiling the big secret to Deb (“It will happen”), and just how long she and the other Powers That Be think this wicked game can last. (Hint: It’s a while). END_OF_DOCUMENT_TOKEN_TO_BE_REPLACED