Darkness, disease and the disembodied may be headed to The CW for the 2015-16 TV season.

The network finally kicked off its development season on Monday evening. It ordered one-hour pilots for END_OF_DOCUMENT_TOKEN_TO_BE_REPLACED

Might Sleepy Hollow's Jenny - and Not Abbie - Be a Witness? EP Roberto Orci Says Perhaps 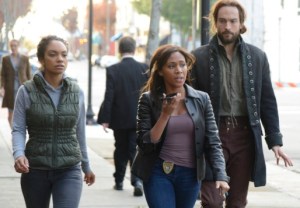 Right from the start, Fox’s Sleepy Hollow has been fond of reminding us that two Witnesses – prophesied by the Bible’s Book of Revelation – are destined for a seven-year fight against the forces of darkness.

But the show never guaranteed that Abbie and Ichabod were the two, did it? END_OF_DOCUMENT_TOKEN_TO_BE_REPLACED 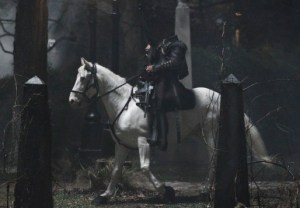 Ichabod Crane may not know it, but he owes a debt of gratitude to one Ms. Carrie Mathison.

That’s because Showtime’s Homeland so inspired the creators of Fox’s Sleepy Hollow (which debuts Monday at 9/8c), they decided to go headless or go home.  END_OF_DOCUMENT_TOKEN_TO_BE_REPLACED 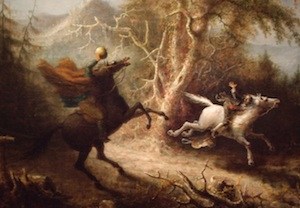 Now don’t lose your head over this, but a drama series (or two!) based on The Legend of Sleepy Hollow may soon find its way to network TV.