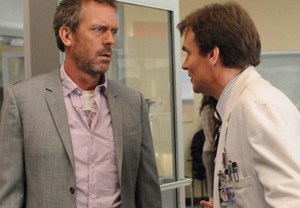 Will House Call NBC Home Next Season? And Other Burning Questions Answered! 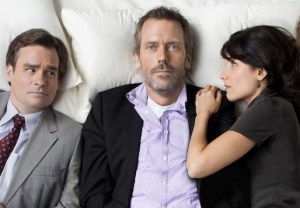 Is House about to become homeless? END_OF_DOCUMENT_TOKEN_TO_BE_REPLACED

Broadway-Bound Robert Sean Leonard Declares: 'This Is My Last Season of House' 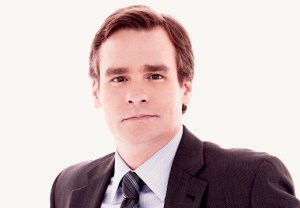 Before he joined Fox’s House as the yin to Hugh Laurie’s yang, Robert Sean Leonard was an accomplished Broadway thespian with a handful of Tony nominations (and a win — hello!) under his belt. Now, for the first time in nearly a decade, he’s back on the Great White Way in a revival of Garson Kanin’s 1946 comedy, Born Yesterday. So, while the show is in previews at the moment (ahead of its April 24 opening), the actor is juggling his stage duties with his taping of the final episodes of House‘s seventh season, meaning he commutes from NYC to L.A. on his one day off a week. What was so appealing to him about playing the journalist hired by a corrupt tycoon (The Defenders‘ Jim Belushi) to tutor his airheaded girlfriend (played by newcomer Nina Arianda) that he’d put himself through all this? A hint can be found in the headline. But, as you might expect, there’s more to the story — much more.

END_OF_DOCUMENT_TOKEN_TO_BE_REPLACED 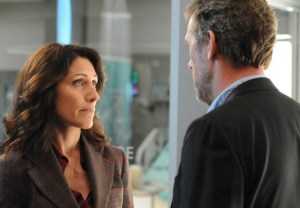 Despondent House fans desperately looking for the silver lining in last week’s House/Cuddy breakup can call off the search party. 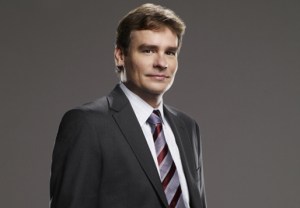 House fans may be feeling a slight cardiac dysrhythmia in the wake of news that Robert Sean Leonard is Broadway-bound this spring.

Specifically, Wilson’s portrayer has landed a lead in Born Yesterday, which begins previews in late March and officially opens in April — right around the time House should be lensing the final episodes of its seventh season.

Is the doctor out? END_OF_DOCUMENT_TOKEN_TO_BE_REPLACED 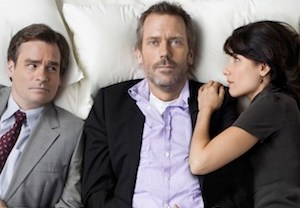 A behind-the-scenes budgetary battle has nearly the entire cast of Fox’s House awaiting word on their future with the hit medical drama. END_OF_DOCUMENT_TOKEN_TO_BE_REPLACED 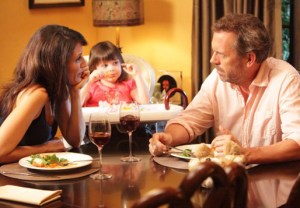 You don’t have to guess who’s coming to dinner — this sneak peek at the Jan. 17 House sit-down reveals not only that it’s Candice Bergen but that she’s gonna give ol’ Dr. Crankypants a taste of his own medicine. Hope you enjoy seeing Cuddy’s mom take on her boyfriend as much as, in the clip, Wilson most obviously does. END_OF_DOCUMENT_TOKEN_TO_BE_REPLACED