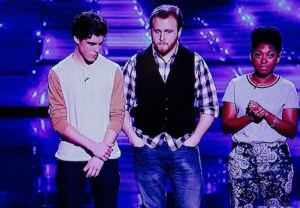 Is there anything more stomach-churning than Ryan Seacrest kicking off an American Idol results telecast with a comment like, “Tonight’s outcome may surprise a few people”?

OK, yeah, maybe the threat of a live, un-Auto-Tuned performance by Britney Spears or Katy Perry — or a half-hour segment called “The Wit and ‘Wisdom’ of Randy Jackson” — might cause END_OF_DOCUMENT_TOKEN_TO_BE_REPLACED 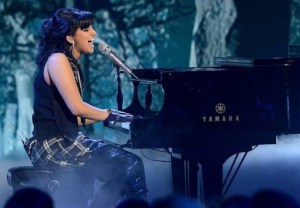 At the risk of the universe saddling me with a hot pink catsuit, a gigantic tuba and a filthy trucker hat — three of the wardrobe items prominently featured on tonight’s Top 11 performance episode of American Idol — I’m gonna make a controversial confession: I miss theme weeks.

Don’t get me wrong: If executive producer Per Blankens does the unthinkable and END_OF_DOCUMENT_TOKEN_TO_BE_REPLACED 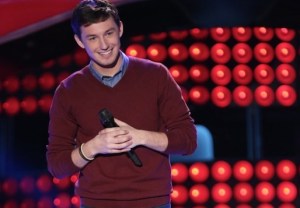 Carson Daly kicked off the final installment of The Voice‘s Season 6 Blind Auditions by weirdly attempting to whip up a bit of competition where none existed: “Our coaches are deadlocked, with 11 artists — leaving each of them with one open spot to complete their teams,” the host observed, his use of “deadlocked” implying there might be some kind of bragging rights for filling out one’s roster first — as opposed to filling it out best. END_OF_DOCUMENT_TOKEN_TO_BE_REPLACED 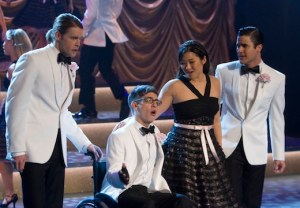 Raise your hand if you weren’t emotionally prepared for what went down on tonight’s installment of Glee. END_OF_DOCUMENT_TOKEN_TO_BE_REPLACED 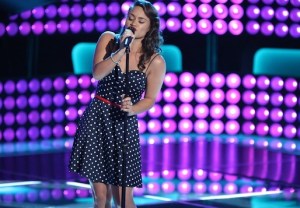 Fun fact: The Bachelor: After the Final Rose is airing as I write this sentence. But as a reality TV recapper, I’m “here for the right reasons.” And that means I am obligated to ignore the fameosexual horror show/absurdist comedy unfolding over on ABC, and instead report on Episode 5 of The Voice‘s sixth season. 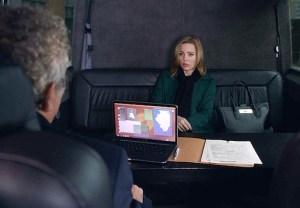 Is there anything more fun than seeing the fire ignite behind Alicia Florrick’s eyes when she’s being underestimated by an opponent?

The midseason premiere of The Good Wife gives us one such “she is woman, hear her almost imperceptably growl” moment plus SO. MUCH. CRAZY. ACTION. (No, I’m not just talking about Kalinda and Cary dancing END_OF_DOCUMENT_TOKEN_TO_BE_REPLACED 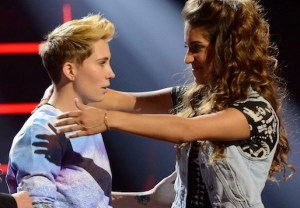 OK, yeah, I know I just got done watching the American Idol Top 12 results telecast, but Harry Connick Jr. threw so much damn shade at “tastemaker”/”mentor” Randy Jackson, I momentarily mistook him for a giant oak, mmmkay? END_OF_DOCUMENT_TOKEN_TO_BE_REPLACED

American Idol Top 12 Performance Recap: Home Is Where the Art Is [Updated] 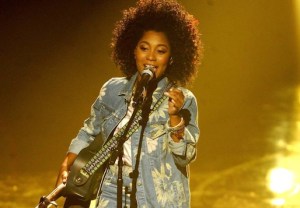 “Complete Honesty” (™ pending) infected the American Idol judging panel tonight in much the same way that backwards baseball caps (AKA Satan’s Prefered Haberdashery) infected the ranks of Season 13’s Top 12 contestants. (OK, only two singers wore ’em on stage, and another two during rehearsal, but that’s still a terrifying enough ratio to alert the CDC.) END_OF_DOCUMENT_TOKEN_TO_BE_REPLACED

The Voice Recap: Everybody Have Fun Tonight! 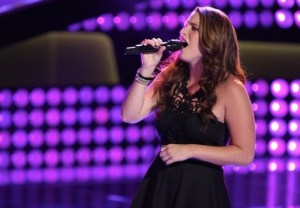 Just when I start to think an episode of The Voice is getting as predictable as your average Bachelor nonsense — kiss, kiss, kiss, “right reasons,” cry, kiss, rose, elimination, repeat — producer Mark Burnett goes and throws us a curve ball.

Glee Recap: It Takes Two to Make a Thing Go Right; It Takes Three to Make It Out of Sight 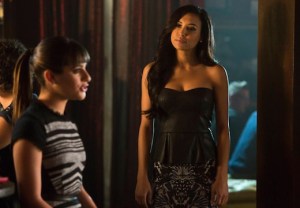