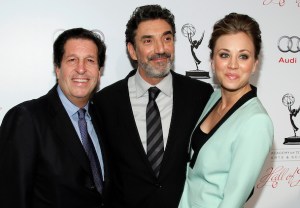 Peter Roth is stepping down as chairman of the Warner Bros. Television Group in early 2021, capping a 22-year run during which he saw no less than 32 primetime series — including The Big Bang Theory (the longest-running multicam comedy in TV history), Arrow, Fringe END_OF_DOCUMENT_TOKEN_TO_BE_REPLACED