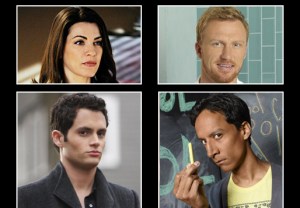 Got the Monday blahs? Let’s see if I can perk up the start of your week with a flurry of scoops, teases and sound bites from some of TV’s hottest shows and stars. END_OF_DOCUMENT_TOKEN_TO_BE_REPLACED 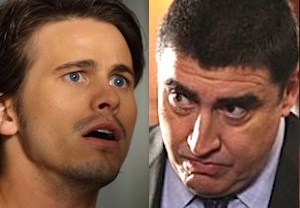 Don’t try to tell anyone at The Event, Law & Order: L.A., and Outsourced that it’s silly to be scared of Friday the 13th: NBC cancelled all three shows today. END_OF_DOCUMENT_TOKEN_TO_BE_REPLACED 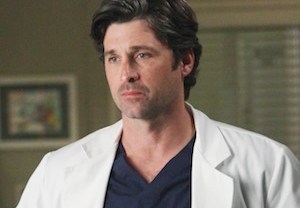 With Grey’s Anatomy slipping 9 percent to an all-time low demo rating of 3.2, Fox’s Bones for the first time ever bested a fresh episode of the ABC medical drama in the coveted 18-49 demo, by holding steady with a 3.3.

And by matching its week-ago audience of 11 million viewers, Bones topped Grey’s END_OF_DOCUMENT_TOKEN_TO_BE_REPLACED

Fringe Vs. Outsourced: Only One Can Survive in the 'Renew Our Show' Tourney 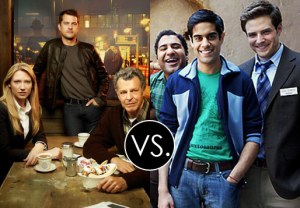 Get yer “votin’ fingers” limbered up! It’s time for the final first-round matchup of the “Renew Our Show!” Sweet 16 Bracket Tournament. Today, our bout is between two shows that couldn’t be more different if they tried: Fox’s Friday night thriller Fringe takes on NBC’s Thursday night sitcom Outsourced, and their fates are in your hands! END_OF_DOCUMENT_TOKEN_TO_BE_REPLACED 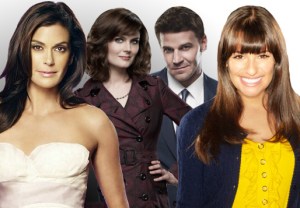 Question: Is there any truth to the rumor that Booth will be breaking up with Hannah in the Feb. 10 episode of Bones? Or is it possible that they might get engaged? Please tell me anything to calm my nerves before I die from anxiety! —Bee
Ausiello: I’m not commenting on what specifically goes down in the Feb. 10 episode, but I will say this: It’s my understanding that Katheryn Winnick will be making her final appearance as Hannah within the next two months. I give you permission to shoot the messenger a nice email of appreciation at askausiello@tvline.com. (BTW, I hear the Feb. 10 episode is absolutely stellar.)

Question: Any Glee scoop involving Rachel’s love life? —Alyson
Ausiello: An unconfirmed rumor suggests that Lea Michele’s suddenly single alter ego will be getting some action soon. The twist? It won’t be with Finn or Puck. END_OF_DOCUMENT_TOKEN_TO_BE_REPLACED