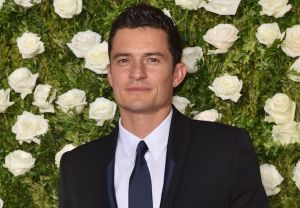 Perhaps a pirate’s life is no longer for Orlando Bloom?

In his first major TV role, the Pirates of the Caribbean actor is set to executive-produce and star in Carnival Row, a fantasy drama picked up straight-to-series at Amazon. END_OF_DOCUMENT_TOKEN_TO_BE_REPLACED