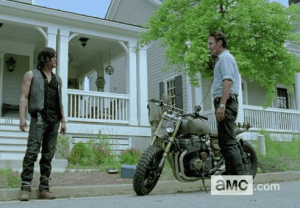 Don’t believe everything you see: It’s good advice for The Walking Dead‘s band of survivors — and excellent advice for its fans.

Although the trailer for Season 6 — which bows Oct. 11 at 9/8c with a 90-minute episode — hints at a power struggle between Rick and Morgan, “We sometimes END_OF_DOCUMENT_TOKEN_TO_BE_REPLACED 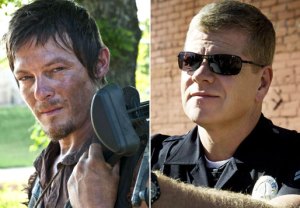 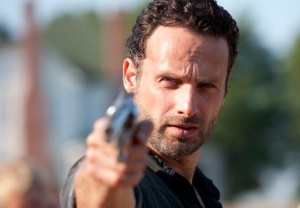 AMC’s The Walking Dead resumes Season 2 this Sunday at 9/8c, with the big question being: What will be the fallout of the massacre of walkers – young Sophia and some of Hershel’s kin and friends included – that led into the winter break? TVLine invited executive producer Gale Anne Hurd to preview the “barnageddon” aftermath, address one knock against the sophomore run’s start and weigh in on a Governor casting rumor. END_OF_DOCUMENT_TOKEN_TO_BE_REPLACED