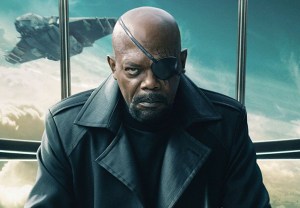 Samuel L. Jackson could be strapping on that eyepatch for a while longer: Disney+ is reportedly developing a series centered on Jackson’s MCU character, Nick Fury, with Jackson on board to reprise the role. END_OF_DOCUMENT_TOKEN_TO_BE_REPLACED