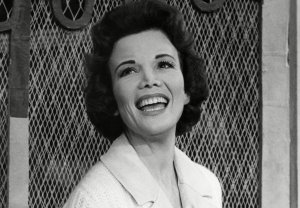 Celebrated actress Nanette Fabray, who won three Emmys during television’s Golden Age and played the grandmother on CBS’ One Day at a Time, has passed away; she was 97 years old. END_OF_DOCUMENT_TOKEN_TO_BE_REPLACED