Mike Darnell is about to pop the question at ABC — 500 of ’em, to be exact. END_OF_DOCUMENT_TOKEN_TO_BE_REPLACED 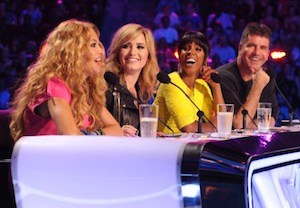 The X Factor probably won’t ever be the cultural phenomenon that Simon Cowell envisioned when he brought the British hit across the pond in the fall of 2011, but that fact doesn’t worry Fox soon-to-exit reality chief Mike Darnell. END_OF_DOCUMENT_TOKEN_TO_BE_REPLACED 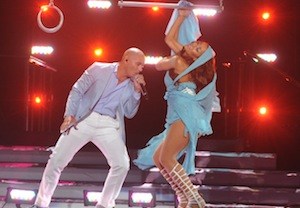 It looks like American Idol‘s summer makeover is only the first step in a larger shakeup of Fox‘s reality-programming lineup. Longtime reality chief Mike Darnell is stepping down after 18 years on the job, the network announced today. END_OF_DOCUMENT_TOKEN_TO_BE_REPLACED

Fox Reality Chief Previews Does Someone Have to Go?: 'It's Relatable, Emotional, Voyeuristic' 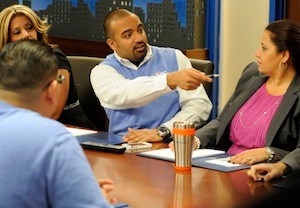 It takes a certain amount of audacity to build a reality show around threatening a company’s weakest links with some very real pink slips — especially as the nation’s unemployment rate remains stuck in the stratosphere.

And yet as Fox reality chief Mike Darnell talks about tonight’s premiere of Does Someone Have to Go? (9/8c), he claims the process is actually quite “cathartic.” END_OF_DOCUMENT_TOKEN_TO_BE_REPLACED 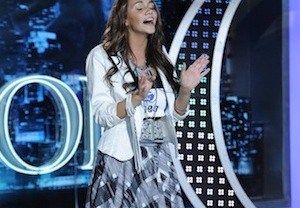 American Idol is back, and while Season 12’s initial numbers may be down compared to last year, Fox’s reality boss Mike Darnell insists he’s not worried. He’s got a buzzy new panel of judges, ideas for fresh theme nights, and a Susan Boyle-esque audition at his disposal over the next few months.

TVLine caught up with Darnell to talk about END_OF_DOCUMENT_TOKEN_TO_BE_REPLACED

New American Idol Crew Meets The Press: 'We're Taking It Up a Notch' 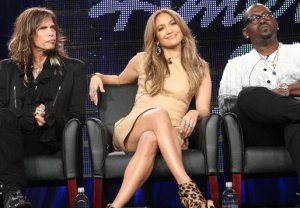 Meeting the press for a 40-minute panel discussion at the Television Critics Association winter press tour on Tuesday, here is what the judges and producers had to say about the “new”  Idol. END_OF_DOCUMENT_TOKEN_TO_BE_REPLACED