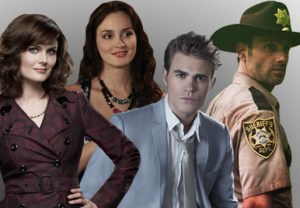 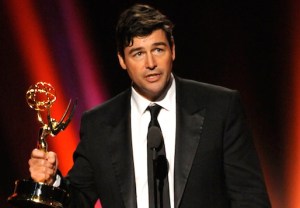 After accepting his trophy for Outstanding Actor in a Drama Series, Friday Night Lights champ Kyle Chandler raced back to the mic, but his audio had already been cut off. What did he say? END_OF_DOCUMENT_TOKEN_TO_BE_REPLACED

Emmys 2011: Who Deserves the Award for Supporting Actress in a Drama? Vote Now! 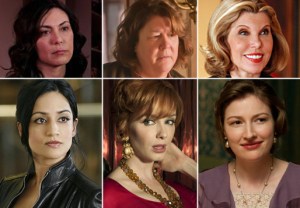 A pair of Emmy newcomers will face off against three prior winners and returning nominee in the 2011 race for Best Supporting Actress in a Drama Series. END_OF_DOCUMENT_TOKEN_TO_BE_REPLACED 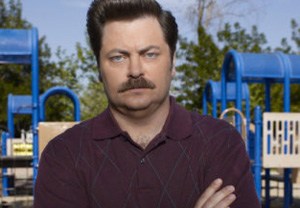 Does Nick Offerman’s Emmy snub have you staring at Ron Swanson’s Pyramid of Greatness and wondering what went wrong — especially since the third season of NBC’s buzzed-about Parks and Recreation picked up nods in the Best Comedy Series and Lead Actress in a Comedy (for Amy Poehler) categories? Well, take heart in the knowledge that END_OF_DOCUMENT_TOKEN_TO_BE_REPLACED

Here are the reactions from this year’s nominees (detailed here) that TVLine has collected thus far — keep checking back for more! END_OF_DOCUMENT_TOKEN_TO_BE_REPLACED 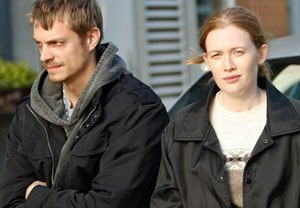 Not everyone’s grumbling about the lack of closure in the season finale of The Killing. Leading lady Mireille Enos (Sarah) brushed off the backlash to Sunday’s Season 1 send-off, which concluded without Rosie Larsen’s real killer being identified. END_OF_DOCUMENT_TOKEN_TO_BE_REPLACED 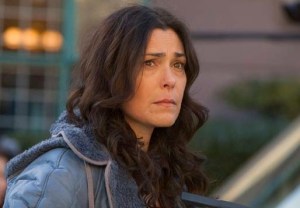 I have a killer theory: Somehow, someway The Killing‘s Aunt Terry (played by Jamie Anne Allman) is involved in the murder mystery surrounding her late niece Rosie Larsen.

I’ve been nursing this idea for a few weeks now, and while I won’t go so far as to say the supportive family member ended Rosie’s life herself, I definitely think she knows something — and that the something I speak of needs to come out soon.

Ever the sleuth, I ran my theory by Michelle Forbes (Mitch) END_OF_DOCUMENT_TOKEN_TO_BE_REPLACED

True Blood's Michelle Forbes on Killer New Role: 'I Don't Know What I Was Thinking' 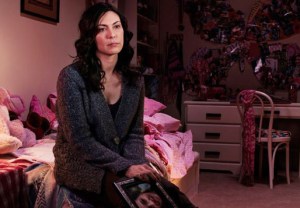 Since she’s played everything from good and evil twins (on Guiding Light) to a sci-fi admiral (on Battlestar Galactica), you’d be forgiven if you thought that by now, you’d seen Michelle Forbes do it all. But danged if she isn’t wowing us anew in her latest role, that of Mitch, the grieving mother on AMC’s dark, addictive and brilliant The Killing (Sunday, 9/8c). How does she do it? And, more to the point, why? TVLine chatted up the actress to find out. END_OF_DOCUMENT_TOKEN_TO_BE_REPLACED