Spoiler Alert: The Hero Dies Excerpt: My Nightmare Day on The Americans' Set With Keri Russell and Matthew Rhys 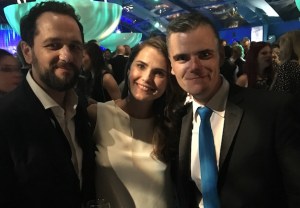 Keri Russell was unwittingly by my side at the start of the most painful chapter of my life.

The wretched afternoon in question is chronicled in my new memoir, Spoiler Alert: The Hero Dies, which is available beginning today END_OF_DOCUMENT_TOKEN_TO_BE_REPLACED 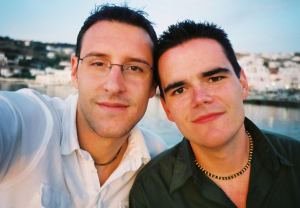 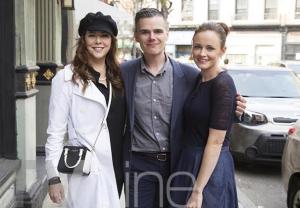 One of the Gilmore Girls revival’s least guarded casting secrets is out: In the second installment, “Spring,” of the four-chapter series (released Nov. 25), I eschew the cozy comforts of the Dragonfly Inn (the site of my Season 5 cameo) for the END_OF_DOCUMENT_TOKEN_TO_BE_REPLACED 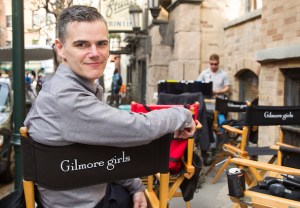 Sources confirm to me exclusively that, um, I’m set to appear in Netflix’s upcoming four-part revival of the beloved WB/CW series. The twist? I will END_OF_DOCUMENT_TOKEN_TO_BE_REPLACED 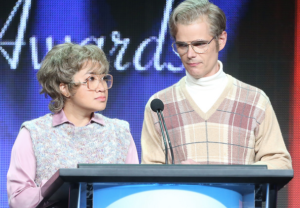 Breaking Americans news: The role of Clark Herbert Westerfeld — one of Matthew Rhys’ many alias’ on FX’s acclaimed Cold War spy drama — has been hijacked by… me. For one night, anyway. END_OF_DOCUMENT_TOKEN_TO_BE_REPLACED 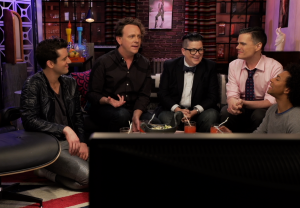 TV insiders  are calling it the biggest casting coup of the decade: For this Sunday’s installment of Logo’s Mystery Science Theater-esque screening series Cocktails & Classics, host Michael Urie recruited one of the most celebrated, revered and humble names in entertainment journalism END_OF_DOCUMENT_TOKEN_TO_BE_REPLACED

A Remembrance, and An Appreciation, From Michael Ausiello 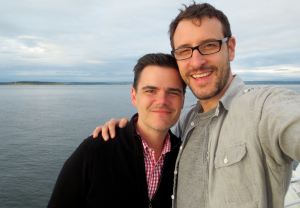 There’s no “good” way to say this, so I’ll just say it: On Feb. 5, my husband, Kit Cowan, passed away following a courageous, hard-fought 11-month battle with a rare and merciless form of neuroendocrine cancer. As you can imagine, my heart is broken. But it’s also filled with immeasurable gratitude END_OF_DOCUMENT_TOKEN_TO_BE_REPLACED

Comic-Con Exclusive: Win a Pass to the 5th Annual Aushole Gathering -- Details Below! 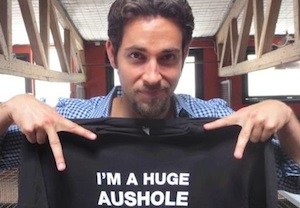 OK, Ausholes — ready, set… how fast can you send an email?

I can exclusively confirm that the 5th annual Aushole Gathering will take place the evening of Thursday, July 18 — aka Comic-Con kickoff day — at an undisclosed location in San Diego’s Gaslamp Quarter.

Cougar Town Season Finale First Look: Watch the Scene Everyone Will Be Talking About 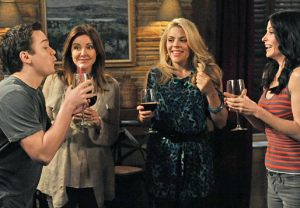 Time for me to start practicing my Emmy acceptance speech — at long (long!) last, my guest appearance on Cougar Town is about to air (on ABC this Tuesday in the second of two season-ending episodes).

And guess who managed to score an exclusive first look for you? That’s right. I have an “in.” END_OF_DOCUMENT_TOKEN_TO_BE_REPLACED 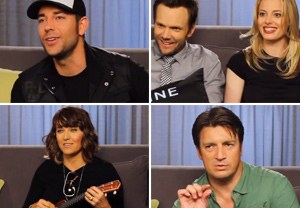