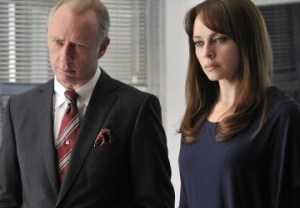 Here, we present Part 2 of our interview with the man behind The CW’s action-drama, in which we learn END_OF_DOCUMENT_TOKEN_TO_BE_REPLACED 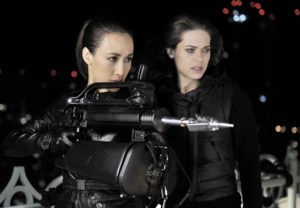 TVLINE | This was quite a jampacked finale. Was there anything you weren’t able to fit into the hour? Or was everything you’d planned to do early on able to find it’s way in?
The one thing that was left out of the episode was END_OF_DOCUMENT_TOKEN_TO_BE_REPLACED 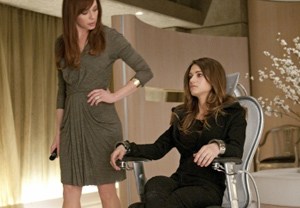 The CW’s Nikita (Thursdays, 9/8c) is readying for the end of its explosive debut season, and no one is more excited about the twists and turns ahead than the lady behind Division’s HBIC, Melinda Clarke. (You saw her death-confirming tweet the other night, right?!) Find out what else Clarke revealed to TVLine about Amanda’s plans for the imprisoned Alex (Lyndsy Fonseca), a face-off with Nikita (Maggie Q), and what the future holds for Division. END_OF_DOCUMENT_TOKEN_TO_BE_REPLACED 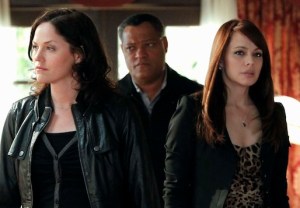 Lady Heather rears her ugly gorgeous head on CSI this Thursday (CBS, 9/8c), but why the unexpected encore? The vexing vixen — played by Nikita‘s Melinda Clarke — is back for two reasons: to solve a strange crime, and to provide insider knowledge on END_OF_DOCUMENT_TOKEN_TO_BE_REPLACED 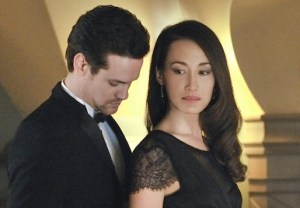 The CW’s Nikita resumes its freshman season this Thursday (at 9/8c) with “Covenants,” an episode so game-changing you might actually mistake it for a finale. But showrunner Craig Silverstein has a thing or two to say about that, telling TVLine that the shock-and-awe nature of this week’s hour is but the beginning of an explosive batch of season-ending installments. Said episodes may include a “Mikita” hookup, a Nikita/Alex breakup, and the imminent bust-up of Division. END_OF_DOCUMENT_TOKEN_TO_BE_REPLACED 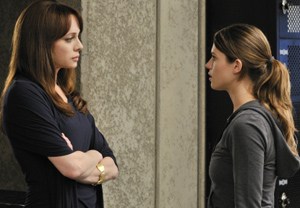 While Nikita’s brutal hiatus lingers on (and on and on), I’m here with a little pre-weekend teaser, courtesy of Amanda’s portrayer Melinda Clarke. And if that’s not enough, let’s whet your Mikita-lovin’ appetite with The CW’s new OMG-inducing promo. END_OF_DOCUMENT_TOKEN_TO_BE_REPLACED

CSI Brings Back Lady Heather! What About Gil? 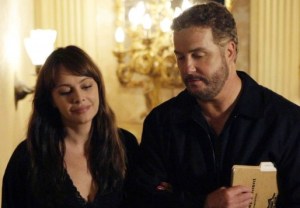 Melinda Clarke is due to make her sixth appearance as CSI‘s Lady Heather this April. But will Gil Grissom be on hand for his sexually charged “friend’s” encore? END_OF_DOCUMENT_TOKEN_TO_BE_REPLACED