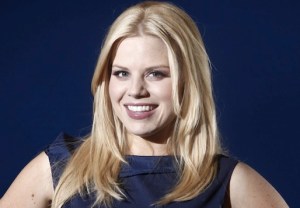 And now for some rather Smash-ing news: Megan Hilty has landed a series regular role opposite her former Smash co-star Sean Hayes in his new NBC comedy Sean Saves the World, TVLine has learned exclusively. END_OF_DOCUMENT_TOKEN_TO_BE_REPLACED

Musical Smash Preview: For Karen and Ivy, Is There No 'Moving On' from Their Feud? 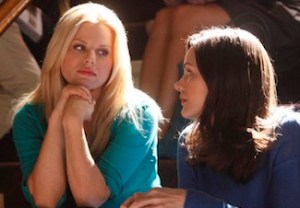 You thought it was the winter weather bringing a big chill to New York City? Nah, it’s more likely the look Smash‘s Karen shoots Ivy in this video sneak peek at the opening montage for Season 2 (premiering Tuesday, Feb. 5 at 9/8c). END_OF_DOCUMENT_TOKEN_TO_BE_REPLACED 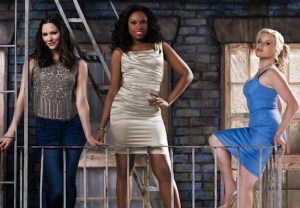 NBC isn’t raising the curtain on Smash Season 2 until Tuesday, Feb. 5 — with a two-hour opener, no less. So to help the musical-drama’s fans, both existing and prospective, bide their time, we previewed the premiere and compiled this list of non-spoilery observations. END_OF_DOCUMENT_TOKEN_TO_BE_REPLACED

Smash First Look Video: Frenemies Ivy and Karen Go Out for a 'Drink' 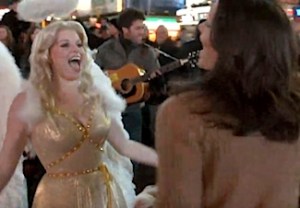 It appears that Smash rivals Ivy Lynn and Karen Cartwright will curb their contentiousness at least long enough for a duet in the middle of Times Square — and TVLine has a first look at the entertaining détente. END_OF_DOCUMENT_TOKEN_TO_BE_REPLACED 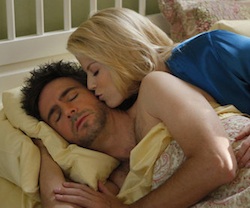 This Monday on Smash (NBC, 10/9c), it’s time for Marilyn: The Musical to stage its workshop presentation for potential backers, and it’s literally a hot ticket. Not to mention, Tony winner Bernadette Peters is on hand as Ivy’s mighty talented momma, Leigh Conroy, adding to the ingenue’s existing anxiety. TVLine invited Megan Hilty to preview Marilyn‘s first bow, the Ivy/Karen drama to come and a twist that threatens to cut the show’s cast by one. END_OF_DOCUMENT_TOKEN_TO_BE_REPLACED 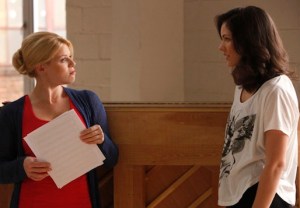 After the “Birthday” incident we shared with you from next Monday’s Smash, there was sure to be a counter-attack from Ivy Lynn. But we didn’t expect Karen to approach the Marilyn star first, as seen in this follow-up clip.

Did Smash Really Just [Spoiler]? 'It's More Complicated Than You Think,' Says Producer 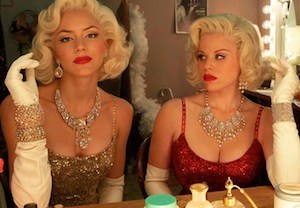 In but the second episode of NBC’s Smash, following additional rounds of callbacks and more showcasing of fancy footwork and mad pipes — and after much deliberation by Julia, Tom, Derek and Eileen — it was decided that END_OF_DOCUMENT_TOKEN_TO_BE_REPLACED 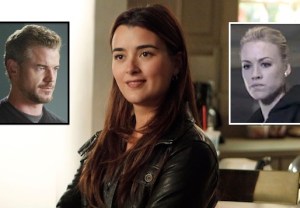 We’ve got questions, and you’ve (maybe) got answers! With another week of TV gone by, here are some queries we are going to throw at you, from shows including NCIS, Parenthood, Happy Endings, Grey’s Anatomy and The Vampire Diaries! END_OF_DOCUMENT_TOKEN_TO_BE_REPLACED

Fall TV is almost here, which means some of your favorite actors will soon be back in series either new (hi, Zooey Deschanel!) or familiar. But there’s also plenty of promising fresh faces making their way to your TV this season. Some have paid their dues with myriad guest spots and supporting roles. Others are so straight off the bus we have to wonder if they even have their SAG card yet. END_OF_DOCUMENT_TOKEN_TO_BE_REPLACED