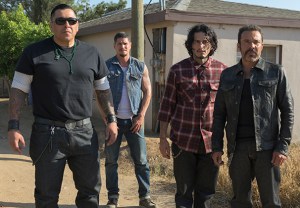 Despite a recent behind-the-scenes kerfuffle that led to series co-creator Kurt Sutter’s firing, Mayans M.C. is returning for a third season at FX. With Sutter out, EP and Co-Creator Elgin James officially takes over as sole showrunner. END_OF_DOCUMENT_TOKEN_TO_BE_REPLACED

What to Watch: The Purge Begins, SoA Spinoff, Making It Finale and More 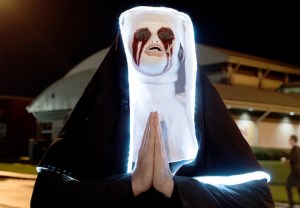 On TV this Tuesday: The Purge gets underway, Mayans MC revs its engines and Bachelor in Paradise has a witch hunt on its hands. END_OF_DOCUMENT_TOKEN_TO_BE_REPLACED